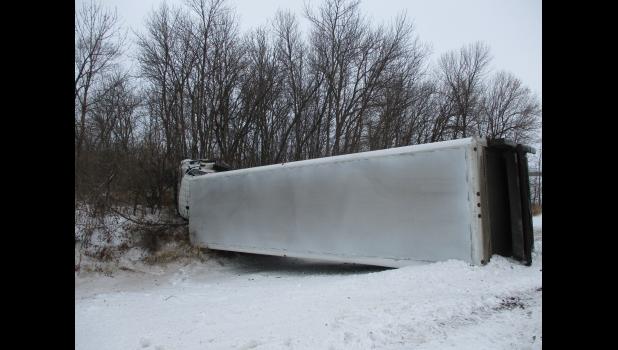 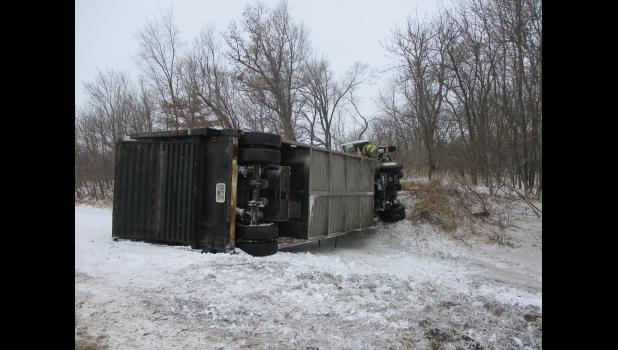 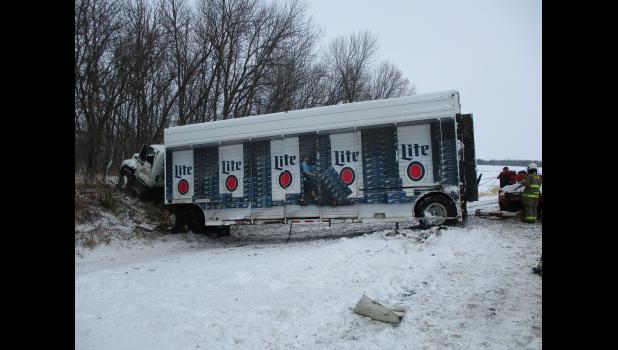 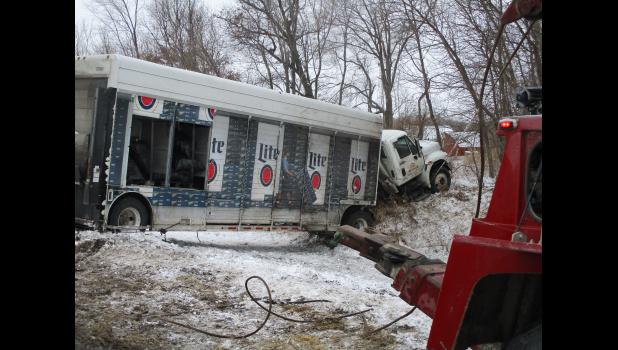 LOURDES - On Wednesday, Dec. 30, 2020 at 10:36 a.m., the Howard County Sheriff's Office received a 911 call of a semi that was overturned in the ditch on Highway 63 approximately one mile north of Lourdes.
The driver, Kevin Ames, age 50, of Lawler, and his passenger Chris Bullerman, age 29, of Calmar, were uninjured.
Ames was south bound when he encountered a patch of blowing ice/snow on the road and lost control. The semi, owned by United Beverage from Calmar, entered the east ditch and overturned on the driver’s side. The tractor is considered a total loss.
The Howard County Sheriff's Office was assisted by The Iowa State Patrol, Elma Fire Department, Howard County Ambulance and First Responders and Bill’s Towing and Recovery.
Reported by Sheriff-elect Tim Beckman.