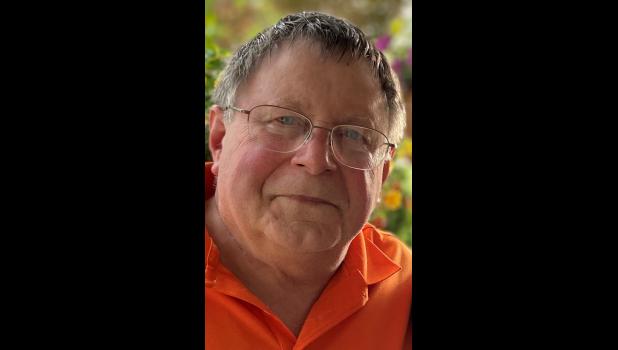 By:
Marcie Klomp ~ News Editor tpdeditor@crescotimes.com
CRESCO - The area was saddened to hear Nicholas “Nick” Ruppert, age 73, passed away on Monday, Nov. 22 after a courageous battle against cancer.
The word that has been used most to describe Ruppert since hearing of his passing is his humbleness. He was also a very dedicated family man, who attended his children and grandchildren’s sporting and other extra curricular activities with pride.
Friends Carolyn and Harold Noe explained, “He loved his family openly. They enjoyed going fishing and doing something non-traditional and special at Christmas.” They added he was a kind, humble and sincere friend.
Carolyn noted, “Nick was the popular guy at Ace. People would walk in, and they’d asked for Nick. He answered their questions and treated them with kindness.”
Ruppert’s were also long-time friends with Jim Wolfe and Janis Rockabrand. Janis said, “Nick was my friend for many years, first through Rhonda and then through our friendship group. Thirty-plus years ago, we participated in a Marriage Encounter. Out of that experience grew our three-couple group. We called ourselves ‘Fireside’ because we often met around a campfire, frequently out at our land on the Upper Iowa River.
“Using various books, we discussed topics germane to our marriages. It deepened our friendship.
“Nick was a kind, good, caring and generous man. His Christian faith was very important to him and was the foundation for his values and how he lived his life.
“He was always ready to help with any request — house project, myriad chores at our land, etc. The most recent example was last fall when Jim called him to help with a big buck he just shot. Nick wasn’t in good health to help but he came out to the land, climbed up the embankment through the brush, then he and Jim watched the Amish neighbor do all the hard work.”
Nick and Rhonda opened Ruppert Ace Hardware in 1988 in the old JC Penney building, now Cresco Bicycles on N. Elm St. Ten years later, the popular business was outgrowing its space, so they re-set the sales floor. Still growing, two years later, in 2000, they moved into their new building at their current location on 2nd Ave. SE.
Publisher of the Times Plain Dealer, Dan Evans stated, “Nick was an exceptional businessman for the community of Cresco and will be truly missed. He had a humble start in the hardware business, where hard work led to an expansion of a new building and Ruppert’s Ace Hardware being a ‘mainstay’ in retail for the city. Prayers and blessings to Rhonda and the entire Ruppert family.”
Cresco Bank & Trust President Donna Thomas also appreciated the community man. “Nick was one of the guys in Cresco you could get solid advice from no matter what the subject matter was. Anything you would ask Nick about he had a well thought-out great answer. Everything from fixing a screen, cutting a key, or to what we can do to improve this community. Nick was wise in so many ways. He was one of those trusted individuals you knew had the answer. He will be missed.”
When Nick Ruppert spoke, people listened. He was a driving force behind the success of Ace Hardware. In 2017, the couple received the Outstanding Organization of the Year. They were lauded for being staples in the community and always able to be relied upon for being open. They also were leaders in customer service.
Under Nick’s leadership, the business received Ace’s Most Improved Retail Award in 1998 for changing the Elm St. store’s footprint; retailer awards from Ace for over 20 years; and was Businessman of the Year from the Cresco Chamber of Commerce in 1999.
A complete obituary can be found on page A6.