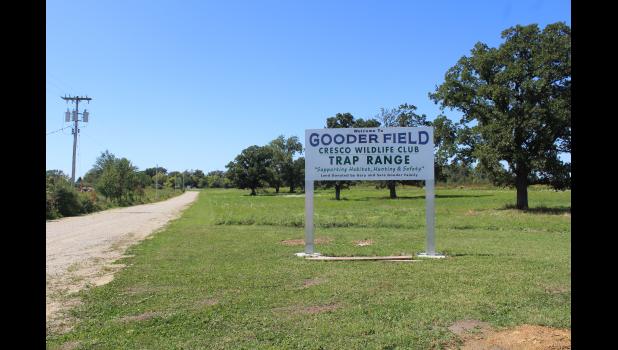 Cresco - The Cresco Wildlife Club has been in existence for nearly 100 years and the mission has been to promote and support youth hunting activities. For many years, it has been a vision of the CWC to build a new trap range to replace the single trap house located at the Howard County Fairgrounds next to the Club.
Approximately five years ago, the Gary and Sara Gooder family gave a generous donation of land, which made the dream of a trap range a reality.
While there is still much work to be done, it is starting to take shape due to additional donations and the dedication and work of many Cresco Wildlife Club and community members.
Having the property, now called Gooder Field, has allowed for three trap houses, open shelters, room for bleachers, storage buildings, an archery range and a spacious parking area. The range has been used for two summers in open shooting, and this fall, a trap league was started, consisting of five teams with athletes of all ages competing.
In addition, as a result of the land donation and building of the trap range, a youth trap team was formed as a separate entity from the Cresco Wildlife Club, and 35 athletes from seventh through 12th grade competed the first year and 48 athletes competed the second year.
While there is no legal connection between the two entities, a strong partnership exists. The CWC is committed to provide a regulation trap range for the Cresco Area Clay Crushers to call their home field, and this past year hosted other trap teams for competition.
Dedication Ceremony
Members of Cresco Wildlife Club are inviting the public to Gooder Field on Sunday, Sept. 8 to thank the Gooder family for the land donation.
There will be a free youth open shoot (firearms available), bring/purchase shells, bring eye and ear protection, starting at 11 a.m.
At noon, the CWC will be drawing for the 40-gun raffle. Tickets will be available that day for purchase if not already all sold out. This is one of many fund-raising events the CWC holds to continue to pay for improvements to the range.
Following the drawing at 2 p.m., there will be a dedication of the land followed by an open shoot and cake and ice cream.
If you are interested in joining the Cresco Wildlife Club, memberships will be available that day as well.