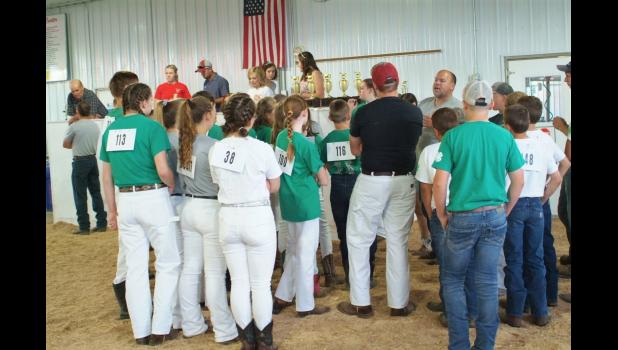 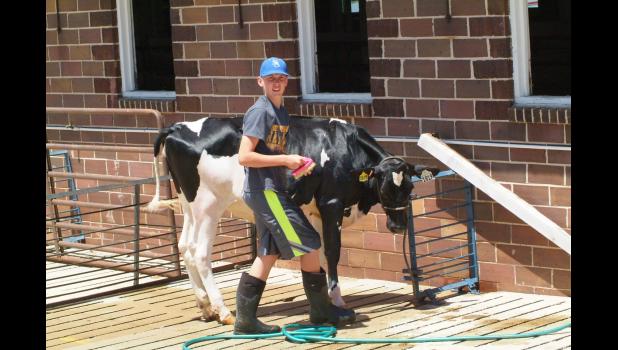 By:
Michael Egan / TPD Staff
CRESCO - When asked how 12-year-old Nathan Ahern, a Cresco city native, got involved with the 4–H program, his mother, Michelle Ahern said he was following in his three older siblings’ footsteps… and hers. When asked if it kept her out of trouble when she was a youth, she laughed heartily and said, “…uuuhh…Oh yeah…!”
Nathan and 14 other youth have been taking part in the Dairy Heifer Project, a program introduced by Howard County resident Tim Huhe that focuses on giving youth, who don’t live on a farm, a chance to take part in something they wouldn’t normally be given a chance to do – experience an introduction and education in the dairy industry.
Wednesday of the Mighty Howard County Fair brought great success for the Dairy Heifer Project, as Payton Hanni and her bovine took first place in the Senior Showmanship Class and Lexus Henry and ‘Licorice’ took first place in the Junior Showmanship Class.
The Dairy Heifer Project was started in March 2019 by Huhe and his family, who combined have been showing cows for close to 30 years in the area. The local participants were invited to visit H & H Farm (Est. 1971) to begin learning how to care for a calf, milk a cow and understand the whole concept.
Then in May, the calves were brought to the Reicks View Ag Education Center at the Howard County Fairgrounds in preparation for the fair events, which climaxed with success.
Success was really the inspiration for the creation of the Dairy Heifer Project, as Huhe realized the reason for his own success was what he experienced growing up on his dad’s farm and wanted to share that formula with some of today’s youth.
“This program gives the youth a chance to relate to something positive…giving them a more positive overall outlook on life,” he shared.
Jennifer Huhe Bronner, Tim and Diana’s 25-year-old daughter, who just recently married, deserves a lot of the credit for success in the Dairy Heifer Project, Tim stated. Her hard work resulted in two first place finishes on Wednesday by participants Hanni and Henry.
Fair Dairy Show
FFA Advisor Mike Adams was at the show through all the events to constantly help out and keep stability. Judge Lee Barber did an outstanding job, especially in his ability to interview the youngest of contestants, encouraging them for the future and getting some great light-hearted laughs from the packed house. The crowd also enjoyed hearing the responses from the wee ones to his off-the-cuff questions.
Fair Queen from 2018 Hope Dohlman and Princess Karissa Stika handed out ribbons and everyone in the box were cordial and efficient.
When asked about his seventh place finish, Nathan smiled and said he was happy about how ‘Slobber’ led…and that was his favorite thing about working with the calf anyway.
All the contestants displayed good sportsmanship and in a way…there were no losers.