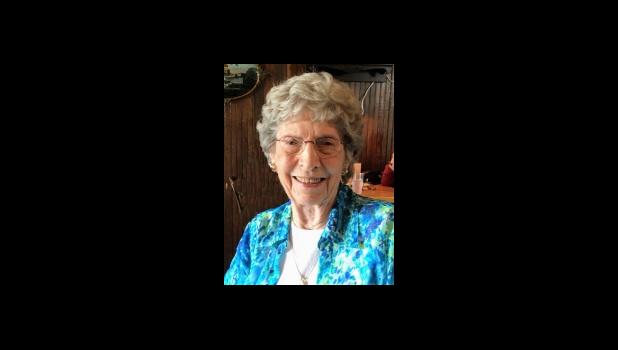 By:
Marcie Klomp ~ News Editor tpdeditor@crescotimes.com
HOWARD COUNTY - It always seems to be the little old ladies. The ones who are on the quiet side and don’t make too many waves.
And then bam! You find out she squirreled away a small fortune and left $791,198.50 to local and national organizations!
That person was Shirley Bigalk Davis, and what a great gift she gave!
She was born on Sept. 24, 1927, on a farm between Lime Springs and Granger, in Albion Township, Howard County, Iowa, the daughter of Charles and Clara (Mandelko) Bigalk. She received her elementary education at the Lincoln School and graduated from Cresco High School in 1945.
She worked briefly in Independence and Sioux City before being employed as a medical secretary at the Mayo Clinic in Rochester, Minn.
In 1954 she entered the U.S. Department of State Foreign Service and served tours of duty at Embassies in New Delhi, India; Santiago, Chile; and Mexico City, Mexico. After resigning from the Foreign Service, she moved to San Francisco, Calif., and worked for the Federal Bureau of Investigation. In 1966, she began her career with Standard Oil of California (now Chevron) and retired from there in 1988, after 22 years of service. She and her husband, William B. Davis, who she married on Sept. 7, 1971, in Reno, Nev. then moved to Cresco to spend their retirement years.
Shirley introduced Bill to Howard County after they were married, and they visited every year. It was the only place they wanted to live after retirement.
He died in 2003, and she passed away on May 17, 2019 at the age of 91.
Ronda Hughes was her back door neighbor and friend for nearly 30 years.
“Shirley and Bill did not have any children and in talking with Shirley about her will and what to do with her estate, we talked about growing up in Howard County and returning to Howard County and their life here. We talked about using her money to help the place she called home and had always loved . . . and the process began . . . looking at organizations, clubs, churches, things that were important to her and things she would like to support,” Hughes said.
Some of the local organizations who received donations were three Cresco City departments, Cresco Fitness Center for over $76,000 and Cresco Public Library Foundation and Cresco Theatre Commission for around $29,000 each.
Others receiving monetary gifts included Salvation Army — benefit for Howard County, Howard-Winneshiek Community School District, Howard County Foundation, Howard County Historical Society, Regional Health Services of Howard County, Howard County Cancer Association, Tri-County Red Cross — for benefit of Howard County, Cresco American Legion Post, Zion United Methodist Church Trustee Fund and Cedar Hill Cemetery Association.
State and national organizations included Association for Macular Diseases, Inc., American Diabetes Association, Gundersen Lutheran Medical Foundation and Iowa Department for the Blind.
Hughes noted, “Shirley’s decision to donate to regional and local organizations to benefit the residents of Howard County will have long-term impacts for so many. I have received many heartfelt thank-you notes from many of the organizations and they have stated what a difference this bequest will make. I know Shirley would be thrilled to know what an impact she has made for her beloved Howard County.”