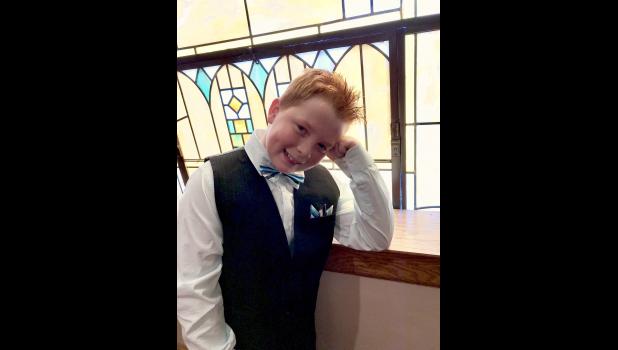 HOWARD COUNTY - If you are from Iowa, you have certainly heard the term “Iowa Nice” and probably felt a tinge of pride. Iowa Nice is a label given to describe, well, the niceness of most Iowans.
Out-of-staters who ride RAGBRAI have noticed it and spread the word. Scott Siepker has made numerous videos promoting Iowa Nice (with a few swear words thrown in). There is even a Facebook page called Iowa Nice.
The term was most recently in the news describing Carson King, the young man who has raised over $3 million for the University of Iowa Stead Family Children’s Hospital. Governor Reynolds designated Sept. 25 as Carson King Day in Iowa.
The Times Plain Dealer has always been a fan of individuals volunteering and doing nice things for their neighbors, be it helping with harvesting a crop for a farm family dealing with injury or death, donating money to a good cause or using sweat equity to get a project completed.
That being said, the TPD is introducing a new feature called “Howard County Nice.” Readers are invited to let staff know when someone performed a nice gesture.
The first installment of Howard County Nice goes to Cole Lickteig. Read his story below.
—Featuring Cole Lickteig
HOWARD-WINNESHIEK - Fourth grade teacher Mrs. Katie Mahr has a formal sharing time for her students at Crestwood Elementary. All of the students are encouraged to be good citizens and answer their questions with that in mind. They all have shown kindness toward their classmates, family, strangers and friends.
Recently, Cole Lickteig was asked, “If you could be a super hero, what would your name be, what super powers would you have and why?” In a note to his parents Mrs. Mahr said, “Cole had Mrs. Cummings (aide) and me near tears with his response!”
Cole said he would be called Brain Boy, and his powers would be giving to those that need. He said he would give sight to those who couldn’t see, shelter to those without and food to anyone who is hungry. He said he would also give super powers to anyone else who wanted to feel “super,” because he wants people to be happy!
“How lucky are we to have someone so giving with such a big heart in our lives,” Mahr noted. How lucky indeed.
Cole is the 10-year-old son of Dave and Tamara Lickteig of Cresco.
[If you have an idea for a great “Howard County Nice” story, contact Marcie at 563-547-3601 or e-mail her at
tpdeditor@crescotimes.com].