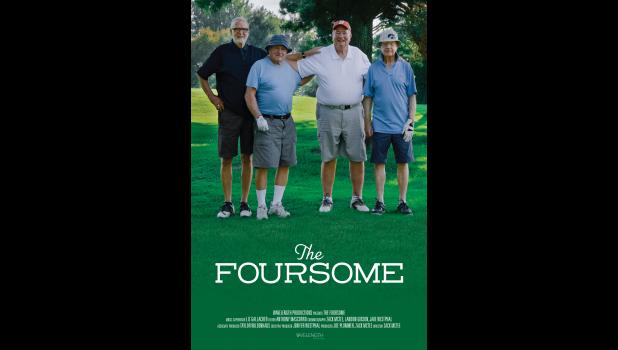 The Oneota FIlm Festival (OFF) will host a preview screening Saturday, Jan. 25, at 2 p.m. at the Cresco Theatre and Opera House in Cresco.

This is a free event which is appropriate for all ages.

The Foursome, by Wavelength Productions, is a film featuring local residents.

The Waukon Golf Club is so small that a round of 18 holes means playing the nine-hole golf course twice.

But the local course created something Augusta and Pebble Beach never could -- a friendship that has lasted well beyond 18 holes. This short documentary follows a lively foursome as they play their 50th outing at the Waukon Men’s Invitational -- luckily, if one happens to kick the bucket, they have an alternate ready to hop off the bench.

In 1977, Iowa and Iowa State renewed their college football rivalry after a 43-year hiatus.

A group of ordinary guys -- bowling buddies -- decided there ought to be a trophy for the game. They pitched in their own money, designed and built a trophy they dubbed "the Cy-Hawk trophy."

Then began a long journey to get anyone to take them seriously, which would eventually lead to the Iowa Governor's office. The trophy became an icon of the series, and even after 30+ years, when it was replaced by a corporate-sponsored trophy, the original Cy-Hawk trophy remains a popular reminder of the power of a group of ordinary fans.

The film screening will be followed by a Q and A with Birth of the Cy-Hawk filmmaker Ben Godar.

A cat  struggles to deal with the loss of her tail, and finds self acceptance along the way.