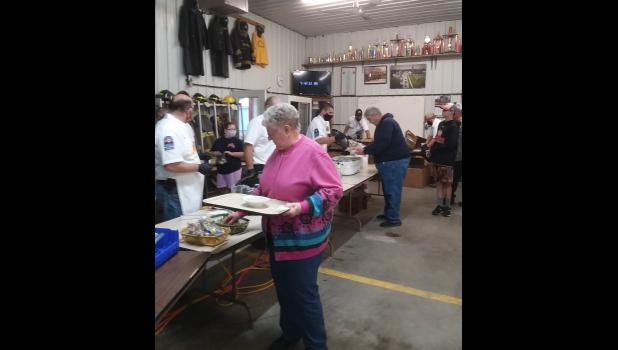 PROTIVIN - The Protivin Volunteer Fire Department (PVFD) held its 9th annual turtle stew and soup supper on Nov. 7. The department made more food than ever before and sold out faster than ever before, everything was sold out by 6:15.
Funds from this year’s supper are going towards building a new fire station. Plans for the station are very preliminary, but the PVFD has outgrown the current building. The PVFD needs a new station to house the various apparatus, equipment and to have a proper meeting room for members.
Currently, members need to move trucks out in order to meet and train indoors. Connect with the department via their Facebook page to stay updated on progress on our goal of a new station.
Due to COVID-19, the department offered both dine-in and curbside pick-up. About 100 people were served through dine-in and approximately 580 quarts of soup and stew were sold. Cars were lined up for two blocks.
Unfortunately, despite starting cooking early in the morning, PVFD sold out before being able to serve all supporters. If you would like to support the PVFD and donate towards the new fire station, donations can be sent to: Protivin Volunteer Fire Department, P.O. Box 98, Protivin, IA 52163.