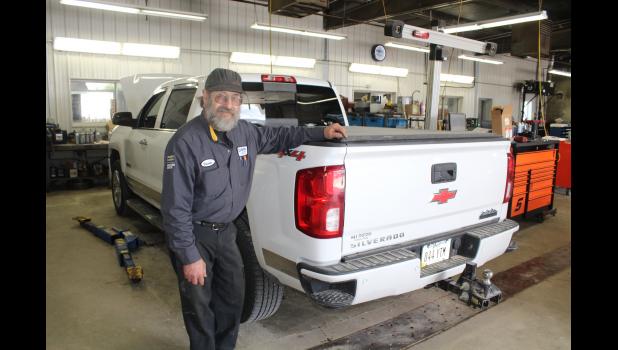 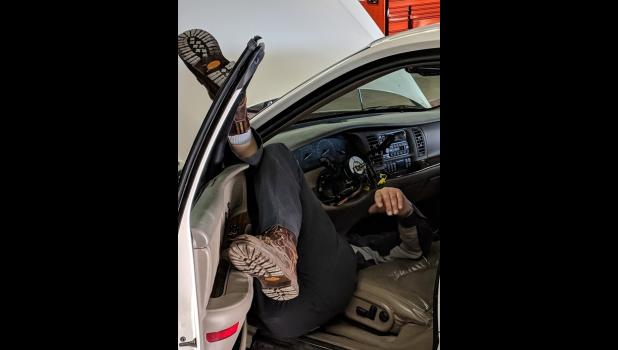 By:
Marcie Klomp ~ News Editor tpdeditor@crescotimes.com
CRESCO - Kevin Roesler began working at H&S Motors on May 14, 1979. “It goes by quicker than you think!” he said of his time there.
After graduating from high school in Harmony, he attended mechanic school at Winona Tech and then worked at Adamsons in Rochester.
Over the years, he has worked on everything from weed eaters to 18 wheelers. “If it’s held together with nuts and bolts, I’ve probably worked on it at one time or another,” Roesler joked.
As is the case in any industry, computers have been the biggest change he has witnessed in his career. The older cars were easier to work on, and then automotive technology kept advancing.
“Some cars have between 30 and 50 computers on board. And they all need to talk to each other,” the long-time mechanic revealed. “We have to have constant training to keep up with the new technology.”
He went on to say, “We used to listen to the car to figure out what was wrong. Now you need to see what the computer says.” But auto mechanics still need to have experience and knowledge to fix the newer cars. Sometimes a particular problem with a computer is the effect, not the cause, of the difficulty.
“The scan can tell you what the computer is doing, not the why. Sometimes a $2.00 fix looks like a $300 problem,” Roesler noted.
One of the best safety features today is the back-up camera.
The mechanic said the new cars also have a lot of blind spots, where drivers need to be more aware of their surroundings. Now there are cars that warn the driver if they are drifting or getting ready to crash.
Some of the newest technology is the talk of driverless cars, which Roesler said need more research.
Emissions is another thing that has evolved over the past 40 years. “Standards have changed to give us cleaner air and move away from internal combustion and fossil fuels. I think electric cars will really advance in the next few years,” he predicted.
While some folks look to the future of the automobile industry, Roesler likes to look back. His dream car is the same one he drove in high school, a 1963 Chevy Super Sport!
Even though he has been with the same company for four decades, Roesler doesn’t have any immediate plans to retire. “I turn 65 in a year-and-a-half. I’ll probably retire then, but my friends say I’ll never retire. I’ll probably still work on cars.”
When he does retire, he won’t miss his least favorite part of the job — dealing with the warranty companies. His favorite part is working with the customers. “I want to thank all the people who have been loyal customers. I want to continue to take care of their service needs and keep America rolling!”
[If you have an employee who has reached a milestone at one company, contact Marcie at 563-547-3601 or e-mail her at tpdeditor@crescotimes.com]