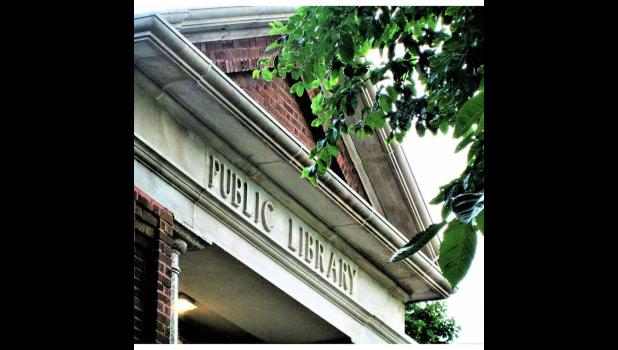 By:
Sara Stromseth-Troy TPD Staff
CRESCO - Shana Stuart, Director of the Carnegie Libraries in Iowa Project (CLIP) at the University of Iowa, presents a program about Iowa’s Carnegie libraries at Cresco Public Library Tuesday, July 30 at 6:30 p.m.
The event takes place in the library Program Room (downstairs). Cresco Public Library is handicap-accessible and the event is free of charge.
The year 2019 marks the centennial of the death of steel baron-turned- philanthropist Andrew Carnegie, who gave of his wealth to help establish numerous public libraries in the United States, including Cresco Public Library.
The Carnegie Libraries in Iowa Project describes its endeavor as follows:
‘Between 1892 and 1917, 104 communities in Iowa sought money from Andrew Carnegie to build public libraries. Ultimately, only 99 communities accepted the money, and those communities built 101 public libraries across the state. In addition to the public libraries that were built, Carnegie provided funds to build seven academic libraries in the state. The active response of Iowa’s communities meant that Iowa received the fourth highest number of grants nationwide, and built the 6th highest number of public libraries. Iowa also acquired the 3rd highest number of academic libraries during the period of Carnegie’s program.
‘The Carnegie Libraries in Iowa Project (CLIP) seeks to chart the history of Iowa’s Carnegie libraries by creating a publicly accessible digital library of images as well as other documentary and statistical information. Library users are encouraged to explore the history of Iowa’s Carnegie libraries in the context of their changing communities.’
According to the Carnegie Libraries in Iowa Project website, Cresco Public Library is one of only 48 libraries in the state of Iowa still utilized as a public library. The history of Cresco Public Library and the connection to Carnegie funds is described on the library website at: www.cresco.lib.ia.us:
‘About 1913, the library board began to discuss the possible construction of a new library building. J.H. Howe, a member of the board, and also an architect, drew up plans for a new library building. Discussions were held by the Board of Trustees to apply for funds from the Carnegie Foundation to help with the construction of the new building. Dr. D.T. Robertson, secretary of the library building committee, made a trip to New York to interview the secretary of the Carnegie Foundation. The Secretary had one objection to giving funds for the purposed project. He questioned the number of people in the community who would use the library…Local library trustees suggested extending the service territory to townships of Vernon Springs, Albion, Howard Center, and New Oregon in Howard County and the townships of Freemont and Orleans in Winneshiek County. With the addition of these population centers, Robertson came home with the $17,500 necessary for the construction of the library. Construction of a new “Carnegie Library” began in 1913 and was completed in 1915. Dedication of the new Cresco Public Library was held on Feb. 10, 1915.
‘On the anniversary of Andrew Carnegie’s 100th birthday in 1935, the Carnegie Corporation sent to all the libraries that had received Carnegie funds to build a city library, a framed portrait of Andrew Carnegie.’
Stuart last visited Cresco during the Cresco Public Library’s Centennial Open House in November 2014.