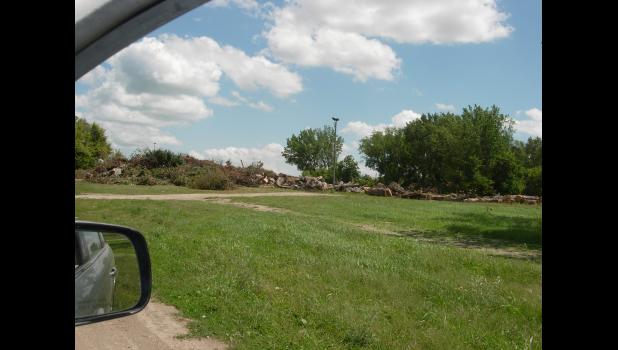 Timmmmberrr! Cresco looking to destroy all ash trees in one year

By:
Marcie Klomp News Editor tpdeditor@crescotimes.com
CRESCO - Public Works Director Rod Freidhof told Cresco City Council members he is leaning toward removing the remaining ash trees on City property in the next year.
Although not an exact count, he estimates the number of trees that entails would be 450-470. Cost of removal would obviously vary according to size, but would be as little as $75 and as high as $1,000 per tree.
Freidhof told the council on Aug. 7 there were a few ways to proceed, but he thought taking the trees down in one fell swoop was the best option. City Clerk Michelle Girolamo agreed, saying the trees would just get weaker in the next few years, risking the safety of the community with falling branches or entire trees.
An alternate course of action would be to sector off the city, and take the trees out over several years.
Councilwoman Amy Bouska wondered if the City waited if the cost of treating the trees would decrease. The estimated average cost of treating an ash tree is $15 per inch at breast high. A 20-inch tree would be $300.
Currently one property owner has confirmed he was going to treat the ash in his boulevard, which will be left standing. “A few others have asked about it, but I haven’t heard back.” Freidhof said.
After getting an accurate count of city-owned ash trees, Freidhof will split the town into four sectors to go out for bids. That would allow possibly four different companies to get a piece of the action.
The next problem is what to do with the trees once they are cut down. The wood cannot be shipped over state lines due to the quarantine sanctioned by the United States Dept. of Ag and Dept. of Natural Resources.
The yardwaste dump south of Cresco, which gained quite a few trees and branches after the last storm (about 25-30 were damaged, with seven mature trees taken down), will have quite a few more when the ash are removed.
Some of the wood can be salvaged though and perhaps the city can make back some money. Jeff Wilson has a processor that can cut the trees into firewood. He would be paid for the work and the resulting firewood could be sold by the pick-up load.
The winning bidders may also be able to use the wood themselves.
Freidhof will ask SMI if the pallet company would be interested in the wood, but he felt it unlikely. City trees many times have had garage sale signs nailed to them, which is not healthy for the machinery. There is also the problem of crossing state lines with the finished product.
Bids will probably go out in September and Council will review them at a later date.
Yardwaste dump
Freidhof also had some concerns about the yardwaste dump. It is a service for the residents of Cresco. Rural residents and some businesses have been taking their trees and brush to the dump.
There is an area for branches and trees to be chopped into chips and another area for grass clippings and leaves to be used for mulch. Grass and leaves should not be left in plastic garbage bags. The plastic is not biodegradable. Authorized bags can be purchased at local hardware and grocery stores.
With the new surveillance cameras, installed mid-June, the city is now able to monitor if it is being used properly. The public works director noted, “With the surveillance equipment, we’ve noticed there isn’t near as much stuff being dumped there.”
“Chips and compost are free for the taking,” Freidhof explained, “even for non-Cresco residents.” There is so much excess the city is willing to load up dump trucks full of the chips and compost.