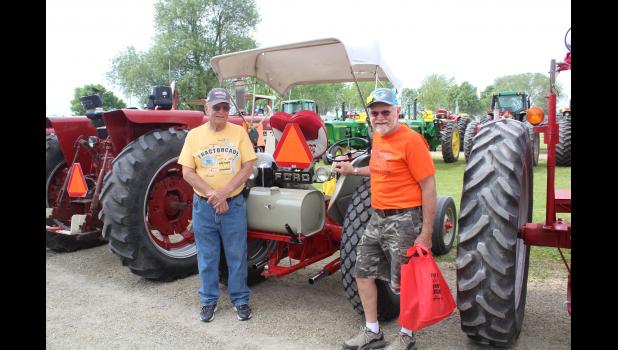 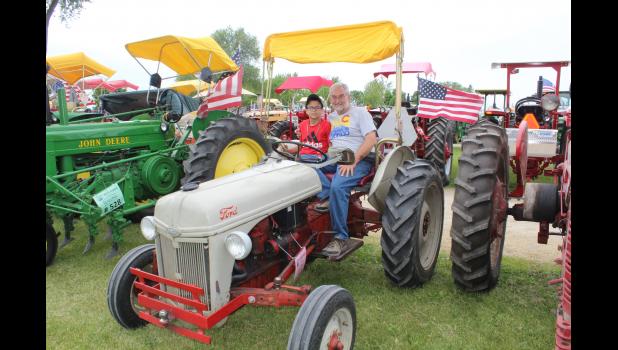 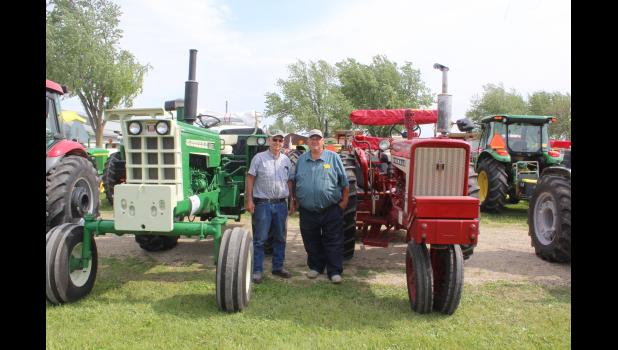 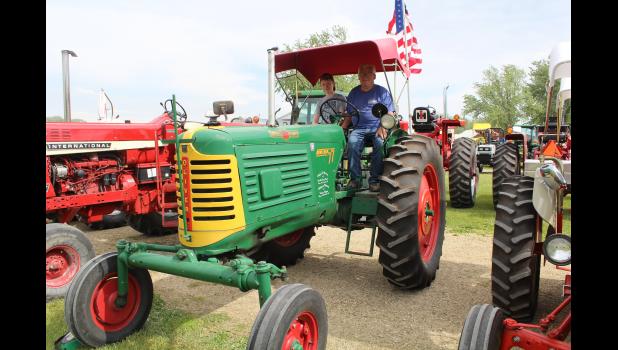 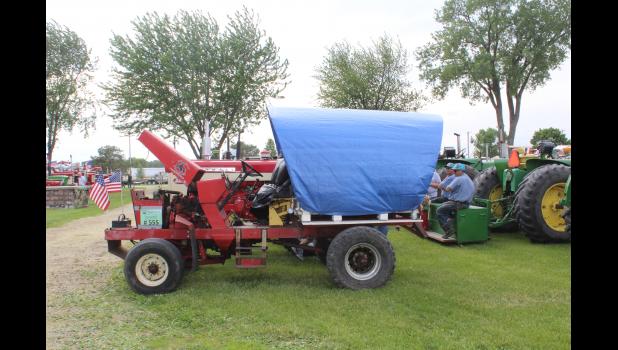 By:
Marcie Klomp ~ News Editor tpdeditor@crescotimes.com
There are still a few days left to go to the Fairgrounds and check out some interesting tractors and meet all sorts of people.
CRESCO - The area was fortunate to have the WMT Tractorcade choose Cresco as the stay-over town for its annual three-day ride in eastern Iowa on June 10-12.
Around 400 tractors arrived at the Howard County Fairgrounds on Sunday, June 9, to sign up. Event Manager Matt Kenney of iHeart Radio explained more participants were expected, but many called in to say they were still planting and were unable to attend.
But those who did come were happy to see old friends and make new ones. Sunday, tractors were lined up as they arrived. The rest of the days, they will be lined up by the groups they ride with.
Participants come from all over the country.
• Darrell Gerig of Fort Wayne, Ind. is riding with his grandson, Carson Gerig of Indianapolis. “I’ve been going on this ride since 2004. I made this seat, so I can bring the grandkids.” He found out about the event from a good friend who moved from Fort Wayne to some place in Iowa. “He told us we had to do it. It’s a lot of fun!”
• Dan and Christine Keegan are from West Palm Beach, Fla., although Dan was born and raised in Cedar Rapids. “We do this in memory of my father, Darwin. He rode in 2013 and 2014 before he passed.” Keegans have continued every year since.
Dan is an engineer and designer, so he and his crew made extra seats for the tractor for riders then shipped it to Iowa.
• Cameron Klostermann of Manlius, Ill. is riding with his grandparents of Bankston, Iowa; brother, Mason; sister, Sophia; and daughter, Caroline. He noted he used to go a lot when he was younger, but this if his first one since 2013.
Most of the riders are from the great state of Iowa.
• This is Rich and Lois Riggan’s fifth year. Rich, of Ainsworth, fixed the tractor up himself. They enjoy going on other tractorcades when able.
• Local Gary Gassett brought his tractor for this ride. “I just usually go where I can drive it. It’s a lot of fun. We farmed with this when I was a kid. In fact, I farmed with it yesterday and washed it up today to ride.”
• Ron Burke of Winthrop brings his Ford 8N. He’s been on the WMT ride since 2003. He put turf tires on his tractor. “It runs smoother.” He was visiting with his friend Dick Svoboda of Aurora, who was on his fourth year of riding. They are both in the same school district, where Burke has been a bus driver for nearly 50 years.
• Clayton Huyser of Pella and Grandpa Randy Huyser of Sully are traveling together. Randy said, “I rode years ago then I went a couple years ago when it was in Waukon.” He also attends rides with Red Rock Thrashers and others.
• Terry and Jeanette Ward of Monticello are on their fifth or sixth ride, the second with WMT. Terry said they have a pink H because Jeanette is a cancer survivor. She wanted to go with him, so he bought a two-seater tractor!
• Another couple of locals are Jerry Heit with his Oliver 1655 and Tom Bernatz with an International Farmall. Both are from New Hampton and have seats for their wives to ride as well.
Bernatz has been on the WMT ride for 4-5 years and goes to others in Wisconsin and Minnesota and is going to Missouri this year. He usually rides 1,300-1,400 miles a year in tractorcades.
Heit says he is kind of new at going on the rides, as this is his third year.
Coordinator Kenney enjoys organizing the ride. He said some of the folks come specifically to visit with friends they’ve made over the years. “It’s like summer camp for them! They eat together, sleep in the same area and go on the same leg of the ride.”
He was pleased with the great welcome he received from Tom Barnes (Executive Secretary of Mighty Howard County Fair) and the fair board. Cresco will likely be the overnight stay in the future.