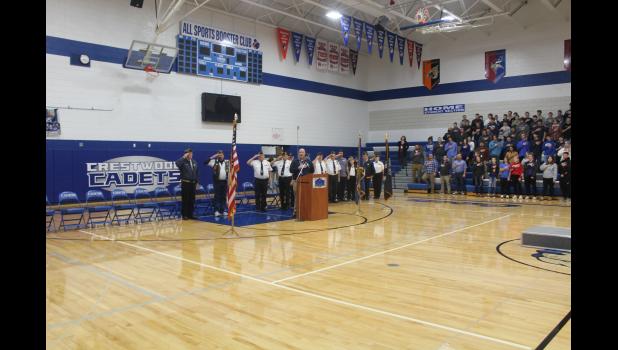 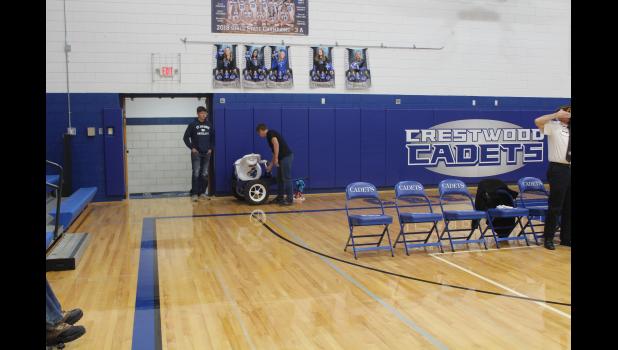 CRESCO - Cindy Yslas, American Legion #135 commander, gave the day’s speech. She said on Sept. 10, 2001, was just another day. She and her husband-to-be were tired from working extra hours to make money for their wedding. They complained about their car they were sure was on its last leg. And they went to work like usual.
The next day, thought was completely different as it was 9/11. “California time it was 6 a.m. We were getting ready for work.” The news showed the aftermath of the first plane colliding with one of the towers, and like the rest of America watched the second one fly into the second tower.
“It was no longer just another day. Twenty years ago, our lives changed.”
Something different for the Veterans Day observance this year was to ring the local church bells 21 times, in tribute to the 21-gun salute.
Notre Dame and First Lutheran’s bells are scheduled on a computer, so they automatically rang, but the bells at the Congregational Church and Immanuel Lutheran had to be rung by hand.
Between each ring, was 10 seconds. When the bell ringing was complete, “Taps” was played over the intercom at the Courthouse.
The year 2021 was also the 100th anniversary of the dedication of the Tomb of the Unknown Soldier in Arlington Cemetery.
A patch is available for purchase for anyone wishing to help celebrate that anniversary. Dodd Franklin and other American Legion members have them. Otherwise, they can be picked up at the Veteran’s Banquet on Saturday, Nov. 20.