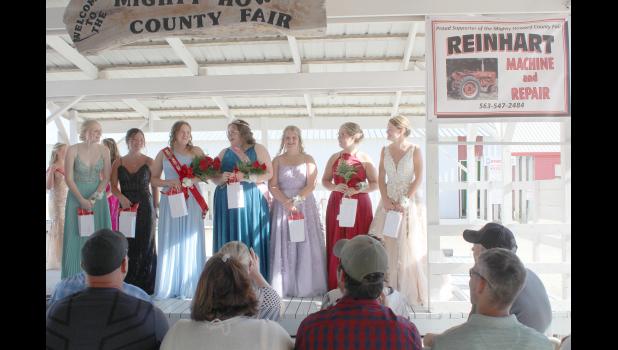 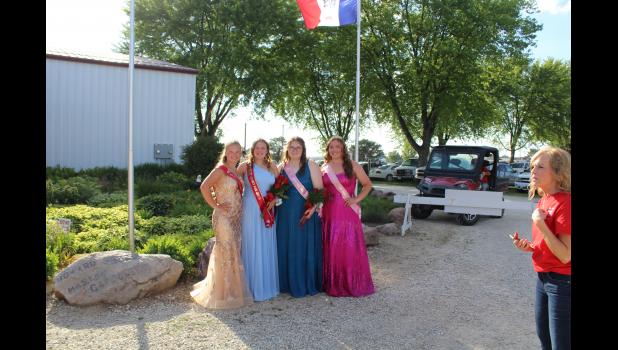 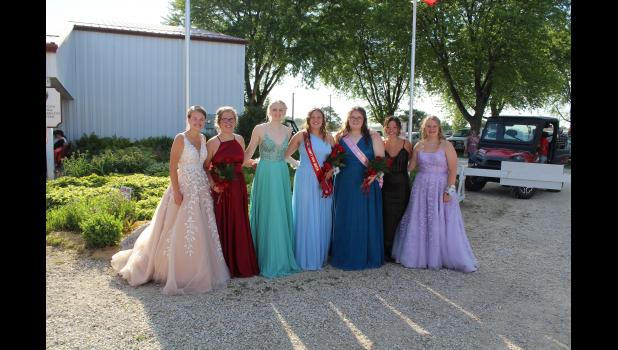 By:
Marcie Klomp ~ News Editor tpdeditor@crescotimes.com
CRESCO - Joey Vobr of Cresco was crowned 2022 Mighty Howard County Fair Queen. Nora Ryan was crowned Princess.
Fair Secretary Tom Barnes addressed the crowd. “Welcome to the 128th Mighty Howard County Fair.”
He explained the fair queen contest started in 1989 when Becky Schmidt of Elma was named fair queen.
“Each of the three judges told me it was a very hard decision, but all seven would make an excellent fair queen. Unfortunately only one can be chosen.” The three judges were Audrey Nosbisch, Kevin Janssen and Les Askelson.
Also attending was 2021 Iowa State Fair Queen McKenna Henrich of Plymouth County, a five-hour drive from northeast Iowa. She said, “I am going to South Dakota State for nursing. In my spare time, I work on my family farm. I want to tell you, the Mighty Howard County Fair is a great opportunity for these girls. I’ve had a chance to visit with them, and whichever one wins, will make a great queen.”
It was then time to say goodbye to the reigning queen and princess. Barnes joked, “Did you sign up for your Social Security yet?”
Queen Ashley Reicks just graduated from Crestwood. “I plan to attend Iowa Central and become a Special Education Elementary teacher. The last year has been eye-opening for what all goes on at the fair.” She thanked fair board members, her parents and the parents of the seven candidates.
Princess Audrey Ferrie told the crowd she is going to Iowa State University for architecture. “This was an amazing opportunity for us. We attended parades, livestock shows, and got to know a lot of people. I’m not sure how such a small town can put on such a big fair.”
She then explained how she grew up with the fair. “When I was little, I won the Cutest Baby Contest, and 17 years later . . . ”
Before the crowning of the princess and queen, it was announced the other candidates chose Kelsey Burke as Miss Congeniality.
The next little bit was spent congratulating the girls and taking pictures.
Vobr and Ryan attended all the animal shows and more during the rest of their time at the Mighty Howard County Fair.