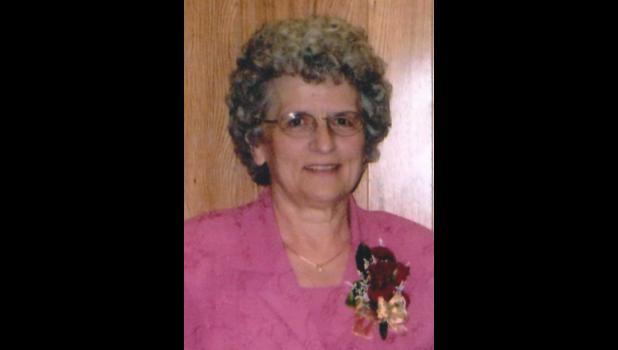 March 25, 1937 —
June 28, 2020
ELMA - Agnes Novak, age 83, of Elma, Iowa, passed away on Sunday, June 28, 2020 at Gundersen Lutheran Hospital in La Crosse, Wis.
A Mass of Christian Burial will be held at 10:30 a.m. on Thursday, July 2, 2020 at Immaculate Conception Church in Elma, with Father Jerry Kopacek celebrating the Mass. Burial will be at Calvary Cemetery in Elma.
Visitation will be from 4-7 p.m. on Wednesday, July 1, 2020 at Conway-Markham Funeral Home in Elma, with a 7 p.m. Scriptural Wake Service. Visitation will continue at the funeral home one hour prior to the funeral Mass on Thursday. Online condolences may be left at www.conway-markhamfh.com. Memorials may directed to the family.
Agnes Marie was born on March 25, 1937 to Frank and Beatrice (Polansky) Lipa on the family farm near Lourdes, Iowa. She attended Our Lady of Lourdes Catholic School. After completing her education, she began working as a nanny for a local family. On June 7, 1954, she was united in marriage to Edward Novak at Our Lady of Lourdes Catholic Church. The couple made their home in Elma, where they raised their three children, Debbie, Ricky and Michael.
Agnes was not only Edward’s business partner, but was his lifelong dance partner. The two of them enjoyed 60 years of “Saturday Night Dates,” dedicating the evening to each other while dancing the night away.
Agnes had a deep faith and was a member of Immaculate Conception Church and the Rosary Society. She loved being outdoors caring for her lawn and gardens. She also loved to read and crochet.
Those left to cherish Agnes’ memory are her children, Debbie Mlady of Cresco, Iowa, Ricky Novak of Salt Lake City, Utah and Michael (Roxanne) Novak of Cedar Falls, Iowa; her six grandchildren; one great-grandson; her sisters, Anna (Ray) Maravetz of Riceville, Iowa and Cecelia Praska of Cresco; and numerous nieces and nephews.
She was preceded in death by her parents; her husband, Edward in 2014; her granddaughter, Anna; her brother, Clarence; sister, Mary (Vince) Hosek; and brother-in-law, Raymond Praska.