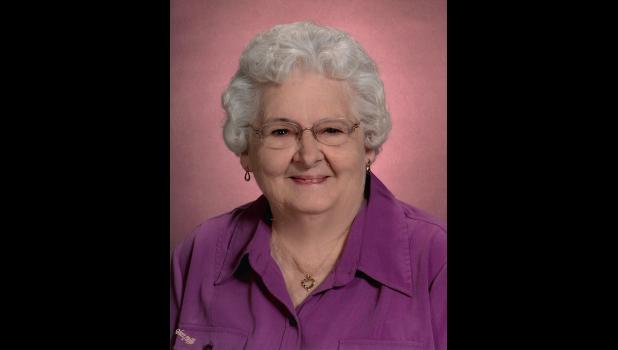 Feb. 18, 1928 —
Aug. 2, 2019
PROTIVIN - Alice A. Praska, age 91, of Protivin, Iowa, died on Friday, Aug. 2, 2019, at Accura HealthCare of Cresco, Iowa.
A Mass of Christian Burial was held at Holy Trinity Catholic Church in Protivin on Aug. 6, 2019, with Father Jacob Rouse officiating. Burial was in Holy Trinity Catholic Cemetery.
Alice Agnes Komarek was born on Feb. 18, 1928 to William and Agnes (Pecinovsky) Komarek. She married Roger Praska at Holy Trinity Catholic Church on Oct. 22, 1947. She said their marriage was “give and take,” and they were happy. Together they worked hard at farming and raising four children. They raised a lot of chickens, other poultry, livestock and crops.
Alice tended a large garden, freezing and canning her bounty. She was a true homemaker — hanging clothes on the line, even in winter. She enjoyed baking cookies and of course kolaches. (Cherry was her favorite.) Her kolaches even won first place at the fair one year. The couple moved to town after farming. She worked at Evans Memorial Home in Cresco for 11 years as a cook. She had many fond memories of that time. Alice had a good life and stayed close to home.
She is survived by her four children, Gene (Lori) Praska of Cresco, Melvin (Carol) Praska of Cresco, Betty (Bob) Brincks of New Hampton, Iowa and Elmarie (Bob) Schilling of Waterloo, Iowa; 11 grandchildren; 13 great-grandchildren; and two sisters, Edith Stika of Cresco, and Leona Gesing of Waukon, Iowa.
She was preceded in death by her parents; her husband, Roger in 1994; infant daughter, Connie; and brother, Leonard Komarek.
Online condolences may be left at www.Hindthudekfuneralhomes.com.