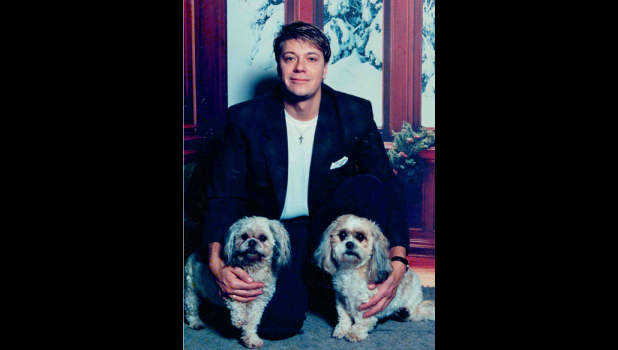 Aug. 11, 1960 —
June 5, 2020
Tucson - Anthony “Tony” Whitinger, age 59, of Tucson, Ariz. and formerly of Elma, Iowa, passed away on Friday, June 5, 2020 in Tucson.
A Memorial Mass of Christian Burial will be at 11 a.m. on Saturday, June 27, 2020 at Our Lady of Lourdes Catholic Church in Lourdes, Iowa with Father Jerry Kopacek celebrating. Burial will be at Our Lady of Lourdes Catholic Cemetery following the Mass. There will be a one hour visitation prior to the Funeral Mass at the church on Saturday. Online condolences may be left at www.conway-markhamfh.com. Memorials may be directed to an animal rescue of your choice.
Tony was born on Aug. 11, 1960, the son of Jack and Millie (Prochaska) Whitinger. He attended and graduated from Crestwood High School. After completing his education, Tony moved to Minneapolis to attend Brown College, completing his degree in Computer Science. He went on to work for IBM in Rochester, Minn. as an IT Specialist until his retirement several years later. He then worked various positions for Olmsted County and Wal-Mart Corporation.
While living in Rochester, Tony met his life partner, Matt Day. In 2015, they made the move to Tucson, to enjoy a warmer climate after a serious car accident made the cold Minnesota winters difficult for Tony to endure.
He loved animals, especially his Shih-Tzu dogs. He supported animal rescues and was known for helping the homeless.
Those left to cherish his memories are his mother, Millie of Elma; his partner, Matt Day of Tucson; his sister, Tammy (Lee) Cochran of Newton, Iowa; his niece and nephew, Shelbey Cochran of Newton and Jesse Cochran of Iowa City, Iowa; and numerous aunts, uncles and extended family members.
He was preceded in death by his father, Jack Whitinger on Oct. 29, 2019.