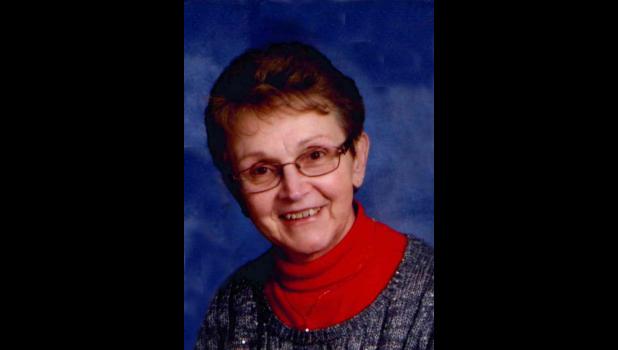 Jan. 19, 1943 —
Jan. 31, 2021
ELMA - Carol L. Zobeck, age 78, of Elma, Iowa, passed away on Sunday, Jan. 31, 2021 at her home, with her family by her side.
A Mass of Christian Burial will be held at 11:30 a.m. on Thursday, Feb. 4, 2021 at Immaculate Conception Church in Elma with Father Jerry Kopacek celebrating the Mass. Visitation will be held at the church from 9:30-11:30 a.m. on Thursday. Please join the family via Conway-Markham Funeral Home’s Facebook page. Burial will be held at a later date.
Carol Louise was born on Jan. 19, 1943 in a race to beat a blizzard. She was the daughter of Vincent and Amelia (Chihak) Lentz. She was a 1961 graduate of Crestwood High School. It was during her high school years that she met and fell in love with David Zobeck.
However, shortly after high school, Carol moved to Fort Dodge, Iowa to help her older sister, Bev, as her family began. The couple was reunited in 1962 when she returned to Elma. On Feb. 9, 1963, they were united in marriage at Immaculate Conception Church. Together they welcomed five boys, Mark, Mike, Steve, Warren and Jesse.
Carol worked at Colonial Manor for 37 years, retiring in 2019. She was a member of Immaculate Conception Church and an active member of the Rosary Society. In her down time, she enjoyed gardening and visiting with her friends and family. She and David enjoyed traveling and sharing time with their children, grandchildren and nieces and nephews.
Those left to cherish Carol’s memory are her husband of 58 years, David Zobeck of Elma; her sons, Mark Zobeck of North Liberty, Iowa, Mike (Lisa) Zobeck of Mesa, Ariz., Steve (Brenda) Zobeck, also of Mesa, Warren Zobeck of Golden, Colo. and Jesse (Kaarem) Zobeck of Denver, Colo.; her grandchildren, Zach, Anna, Bryan, Connor, Austin, Nathan, Stella and Nick; her sisters, Beverly Beam of Fort Dodge and Janet Schroeder of Long Beach, Calif.; her favorite pup, Auggie; and numerous nieces and nephews.
She was preceded in death by her parents; her brother, Louis (Kay) Lentz; her brothers-in-law, Phillip Beam and Ron Schroeder; and several nieces and nephews.
Online condolences may be left at www.conway-markhamfh.com. Memorials may be directed to St. Croix Hospice and the Oncology Departments at Mayo Health Systems and MercyOne North Iowa.