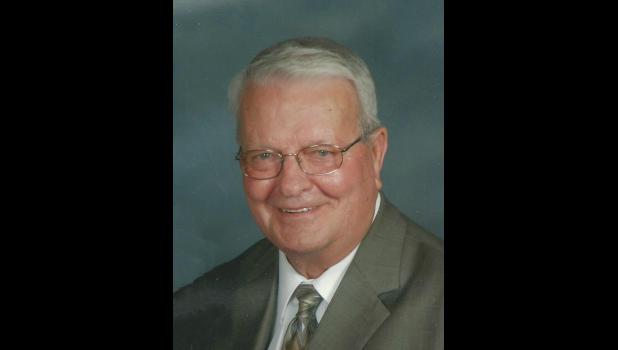 Feb. 8, 1931 —
Sept. 29, 2019
LIME SPRINGS - Claire Anderlik, age 88, of Lime Springs, Iowa, passed away at his home on Saturday, Sept. 29, 2019.
Memorial services will be held at 2 p.m. on Friday, Oct. 4, 2019 at the United Methodist Church in Lime Springs. Friends may call on Friday from 11 a.m. until time of services at the church. Lindstrom Funeral Home is assisting the family.
Claire G. Anderlik was born in Saratoga, Iowa, on Feb. 8, 1931 to George and Margaret (Shields) Anderlik. He graduated from Cresco High School in 1949.
On April 6, 1951, he married Dorothy Stevenson at Cresco United Methodist Church. For 42 years, the couple farmed in the Cresco area. They retired in 1995 and moved to Lime Springs. There, he became a member of Lime Springs United Methodist Church, of which he was an active member. During retirement, Claire found his passion for woodworking, creating many projects with intricate designs using his scroll saw. Dorothy helped him by painting some of his projects. Many items were sold at “Christmas in Lime Springs,” but mainly he enjoyed giving items away.
Claire is survived by a daughter, Cheryl (Loren) Bronner; a son-in-law, James Perry of Cresco; three grandchildren, Brian Perry of Cross Plains, Wis., Lyle Perry of Cresco and Alisha Perry of Ft. Dodge, Iowa; three great-granddaughters, Chasidy and Jaya of Salem, Mass. and Arianna of Ft. Dodge; a brother, David (Sandy) Anderlik of Wagram, N. C.; and sister, Judy Daly of Tucson, Ariz.
Claire was preceded in death by his parents; his wife, Dorothy; a daughter, Joyce Perry; a brother, Joseph Anderlik; and a brother-in-law, Charles Daly.