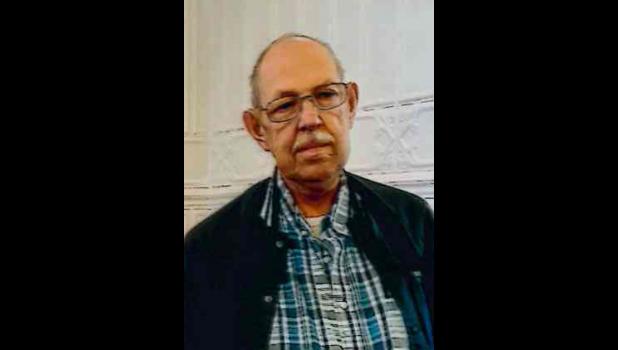 Oct. 21, 1944 —
July 19, 2020
WATERLOO - Daniel “Danny” N. Jacoby, age 76, of Waterloo, Iowa, formerly of Elma, Iowa passed away on Sunday, July 19, 2020 at MercyOne Medical Center in Waterloo.
A Mass of Christian Burial will be held at 10:30 a.m. on Monday, July 27, 2020 at Immaculate Conception Church in Elma with Father Jerry Kopacek celebrating. Burial will be held at a later date.
Visitation will be from 4-7 p.m. on Sunday, July 26, 2020 at Conway-Markham Funeral Home in Elma with a 6:30 p.m. Scriptural Wake Service. Visitation will continue at the funeral home one hour prior to the funeral Mass on Monday. Online condolences may be left at www.conway-markhamfh.com. Memorials may be directed to the family.
Daniel Nicholas was born on Oct. 21, 1944, the son of Merle and Leona (Hoverman) Jacoby in Elma. He attended and graduated from Immaculate Conception High School in Elma with the Class of 1963. After completing his education, Danny went to work for John Deere in Waterloo for several years. On April 19, 1969, he was united in marriage to Donna Hayes in Waukegan, Ill. The couple made the community their home, where they welcomed their daughter, Amy.
Danny worked for Goodyear over a number of years before the family returned to Waterloo and welcomed their second daughter, Carrie. The couple later divorced.
Eventually, he met his special friend, Mary Jo Jordan. He went to work as a custodian for the Waterloo Public School District and retired in 2008. Though he retired from working full time, he kept himself busy working for Eclipse Dental as a delivery driver. Together, Danny and Mary Jo enjoyed escaping the Iowa winters with extended trips to Arizona. When home, he could be found enjoying his favorite old Westerns and NASCAR racing. He also enjoyed visiting with the morning coffee clutch and a card game or two on Friday afternoons. His family was his pride and joy, and he loved spending time with his grandchildren.
Those left to honor Danny’s memories are his daughters, Amy (Todd) Stephenson of Cresco, Iowa and Carrie (David) Zweibohmer of Denver, Iowa; his grandchildren, Dustin Meirick, Holly Meirick, and Hayley Zweibohmer; special friend, Mary Jo Jordan; his siblings, Francis “Jake” (Myrna) Jacoby of Waterloo, James (Shirley) Jacoby of Evansdale, Iowa, Sandy (Bob) Quinn of Glenville, Minn. and Mary Jean Cartney of Rochester, Minn.; and many nieces and nephews.
He was preceded in death by his parents; his sister, Kathy (Don) Hackman; and his brothers, Wayne and Richard Jacoby and another brother in infancy.