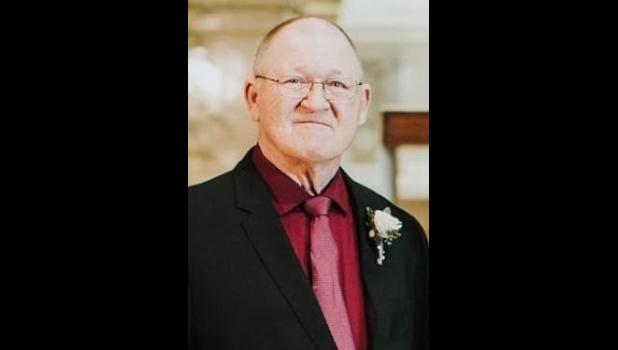 Nov. 23, 1946 —
July 30, 2020
CRESCO - Darrell Frederic Riehle, age 73, of Cresco, Iowa, passed away on July 30, 2020 in the comfort of his home to join his heavenly Father.
A private family Mass of Christian Burial will be held at Notre Dame Catholic Church with Father Jacob Rouse officiating. Burial will be in New Oregon Cemetery. Public visitation will be held on Sunday, Aug. 2 from 2-5 p.m. at Hindt-Hudek Funeral Home in Cresco.
Due to COVID-19 restrictions, masks are required and social distancing will be practiced.
Darrell was born Nov. 23, 1946 in Cresco, to Mildred (Ira) and Fred Riehle, Jr. He attended high school at Notre Dame, transferred to Cresco and was involved in multiple sports, including baseball, where he held the batting average record for many years. After graduating from Cresco High School, he went to enlist in the Navy, where they discovered he had Type I Diabetes and thus his career path changed.
He started out at Dunwoody, in Minneapolis, until he told the professors he knew more than they did and went into the family business with his father. On Dec. 31, 1966, he married Michaeleen Slifka and was blessed with five children.
Darrell’s business took him all over the Midwest, and even though it meant he was away from his family, he loved everything about it. He would spend long hours making stencils, gold leafing alters and painting and restoring churches to bring them back to their glory. He was a great man of faith. He kept places of worship beautiful, taught his family God’s values, and he loved others with his whole heart.
When Darrell wasn’t on the road decorating churches with his father and brother, Jerry Riehle, he painted local houses, barns and buildings for various people in the community, or he could be found playing fast pitch on the local team. In his spare time, he enjoyed the outdoors with his family. Many weekends were spent snowmobiling, three wheeling, boating, and jet skiing, all of which he passed his love for to his children and grandchildren.
There are many fond memories of Darrell, but some of the favorites shared by his surviving family include his love for card games, including cribbage and 500; he always had a winning hand. He loved snowmobiling and stopping at the bars along the trails, to share a beer or two and a good conversation with friends. Another fond memory was his willingness to help his community, including helping set up trails with the Driftrunners Snowmobile Club.
Darrell loved watching his children grow up, from attending their band and choir concerts, sporting events and even sheep shows. He attended as many events as his traveling schedule would allow to show his loved ones how proud he was of them. That was the case, except for during the annual family two-day Adventureland trip, where he would send the kids to the park and sit in the air-conditioned bingo hall with a beer.
Darrell knew how to throw a pretty good wedding reception, seeing all five of his children marry wonderful spouses. Then came his nine grandchildren who quickly became the center of his world. Every summer, he would take them boating on the Mississippi River, where there would always be a pitstop in Prairie du Chein, at Pete’s Burgers.
As the grandchildren got older and busier, Darrell’s spare time was filled with their dance recitals, football, lacrosse and softball games, wrestling and basketball tournaments, graduations and his oldest granddaughter’s wedding.
In 2011, Darrell lost his leg and retired from the family business. He and Michaeleen enjoyed their spot on the Mississippi River, where they spent many summer days. In his retirement, the couple began their worldly travels to places including Alaska, Hawaii, Estonia, Netherlands, Bahamas and Mexico. He still enjoyed snowmobiling and going for long rides in the ranger with his children and grandchildren or sitting in the living room with his two dogs, Bella and Thumper on his lap, while watching Hallmark and various court shows.
Darrell will be forever remembered for his big smile, booming laugh, his whistle that everyone could hear, his love for charity quilt auctions and his kind heart that always made others feel welcome in his presence.
He is survived by his wife, Michaeleen (Slifka); five children, Darren (Jolyn) Riehle of Rochester, Minn., Darrelleen (Randy) Lewis of Denver, Iowa, Denise (Jeremy) Hansmeier of Cresco, Dennis (Tanya) of Cresco, and Desirae’ (Brent) Otto of Nicollet, Minn.; his nine grandchildren, Alexis (BJ) Steiner, Coleton Riehle, Austin JimBob Lewis, Gabriel Lewis, Sierra Hansmeier, Shaina Hansmeier, Hadley Riehle, Harper Riehle and Hayden Riehle; his siblings, Jerry (Genny) Riehle of Cresco and LaRita Pierce of Cresco; and many nieces and nephews.
He was preceded in death by his parents, Fred Jr. and Mildred Riehle; his father-in-laws, Michael Slifka and Stewart Mintey; his mother-in-law, Velma Mintey; brothers-in-laws, Kenny Slifka, Keith Slifka and Mike Pierce; and his sister-in-law, Marilyn Stanley.