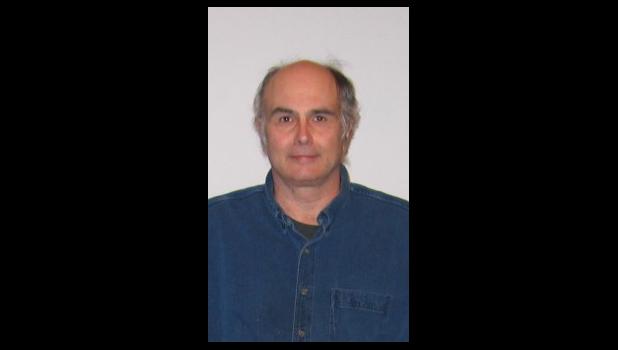 Oct. 23, 1952 —
Jan. 28, 2021
Box Elder S.D. - David Thomas Billmyer, age 68, of Box Elder, S.D., passed away on Thursday, Jan. 28, 2021.
Funeral arrangements are being handled by Hindt-Hudek Funeral Home in Cresco. Mass for family and close friends will be held at Notre Dame Parish in Cresco on Monday, Feb. 1 at 11 a.m. and will be streamed to Fr. Jacob Rouse on YouTube. Visitation at the church will be 30 minutes prior. Burial will be held at a later date.
David was born on Oct. 23, 1952 to the late Leo C. and Rose K. (Bouska) Billmyer in Cresco, Iowa. He spent his childhood in Cresco and graduated from Crestwood High School in 1971.
He entered the U.S. Air Force after graduation and served as an Ear, Nose and Throat (ENT) technician at several bases including, Tyndal AFB in Florida, Travis AFB in California, Maxwell AFB in Alabama, Andrews AFB in Maryland, Sheppard AFB in Texas, and twice at the Royal Air Force Lakenheath base in the United Kingdom. He retired in April 1993 with the rank of Master Sergeant.
David was a life-long learner and well read. He graduated with a Bachelor of General Studies from University Systems of New Hampshire. He earned double Masters degrees in International Studies and Adult Education from Troy State University. In addition, he earned an Associate in Applied Science from the Community College of Air Force for Surgical Services Technology.
After retiring, he went on to earn his Associate of Applied Science from Northeast Community College for Radiology Technology and then graduated from the University of Iowa Department of Radiology in Computerized Tomography for Technologists. From there he moved to Florida where he worked as a CT and MRI technician and enjoyed frequenting Disney World and Sea World.
It was while he was in Florida that he became interested in stained glass work and produced many pieces, which he gifted to friends and family. After retirement, he moved to South Dakota to be near his life-long friend, John (Julie) Jones, as well as Air Force friend John Hiller.
Dave enjoyed fishing, had a passion for photography and loved to travel, as he was especially interested in world history. He also worked with the National Park Service as a tour guide when he resided near Washington, D.C. and during his time in South Dakota.
He is survived by his brother-in-law, Terry Eckerman of Cresco; nieces and nephew, Melissa Davis of Rochester, Minn., Tracy (Ross) Wright of Bemidji, Minn. and Eric (Jennifer) Eckerman of Brodhead, Wis.; six great-nephews and one great-niece; cousins, Amy Bouska, Steve Billmyer, James Billmyer, Becky Billmyer, Sue Murphy, Mark Billmyer and Allyn Billmyer; and his beloved dog, Snoopy.
He was preceded in death by his parents, Leo and Rose (Bouska) Billmyer; his sister, Kay (Billmyer) Eckerman; and many aunts and uncles.
Memorials in David's honor can be directed to the National Park Service online at National Park Service Donations https://www.nps.gov/getinvolved/donate.htm.