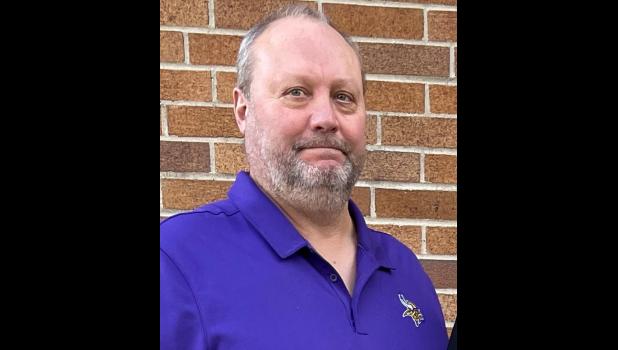 May 9, 1963 —
Oct. 28, 2022
Schley - David A. Kappes, 59, of Schley, Iowa, went to his Heavenly home on the evening of Oct. 28, 2022 after a short but courageous battle with MDS, which progressed into Acute Leukemia within the last couple days of his life.
Memorial Mass will be held at 11 a.m. on Saturday, Nov. 12, 2022, at Notre Dame Parish in Cresco, Iowa, with Father Jacob Rouse officiating. A visitation will be held from 3-7 p.m. on Friday, Nov. 11, 2022, at Hindt-Hudek Funeral Home in Cresco, and will continue one hour prior to the service on Saturday at the church. In honor of David’s love for the Minnesota Vikings, all are encouraged to wear Minnesota Viking apparel to the visitation Friday.
David was born in Decorah, Iowa on May 9, 1963. He was the third of four children born to Neil and Kathy (Clynch) Kappes. He was baptized and confirmed in the Catholic faith. He was a graduate of the Crestwood Class of 1982.
After graduation, David milked cows for many years. Upon selling his herd, he went to work at Featherlite trailers, being employed there for 30 years, until his health declined. He would let everyone know how much he enjoyed Mondays and would let all his coworkers know how much he loved working overtime.
On Aug. 17, 1994, David was united in marriage to Jillaine Vokaty while on vacation out west. Upon this union, he gained a daughter. He stepped in, stepped up and was the best dad a girl could ask for. He always put his family first, especially when it came to his pride and joy ~ his only grandson, Chandler. There’s nothing he wouldn’t do for him.
Being raised south of Schley, David was pure country, from the music he listened to, his enjoyment in hunting coon (“Oh yeah, there’s coon in that barn!”), the relaxation of camping and riding four-wheelers, to his love of being outdoors.
He was a wheeler and dealer when it came to firearms. Not only did he buy and sell them, he also had a nice collection that he was very proud of. David was known for his one-liners, sometimes not at the most appropriate times, but that didn’t stop him from saying them anyway. He loved to play cards (but “You can’t play cards if you don’t get cards”), shoot guns, watch NASCAR, and cheer on the Vikings, quite possibly yelling at the TV when there was a bad play.
David is survived by his wife, Jillaine of Schley; daughter Jesse (Scott) Njus and grandson, Chandler Njus, all of Fredericksburg, Iowa; brother, Gary Kappes (Kennie Waller) of Schley; sister, Karen Ptacek of New Hampton, Iowa; brother, Robbie (Tammie) Kappes of Stewartville, Minn.; brother-in-law, Wayne (Darla) Vokaty of Cresco; sister-in-law, Ruby Vokaty of Center Point, Iowa; nephews, Reggie (Gen) Reicks (great nephew Kannon), Sam Reicks, Terry Reicks, Tyler (Kelsey) Kappes and Daniel Kappes; nieces, Courtney (Jake) Horan (great-nephews Owen and Asher), Darci (Jamie) Lenehan, Dana (Tom) Williams, Erica (Brandon) Gardner, Kayla (Andy) Beyer, Shania Kappes and Melanie (Angelica) Kappes; and step nephews and nieces, great-nephews and nieces as well as numerous uncles, aunts and cousins.
He was preceded in death by his parents, Neil and Kathy Kappes; in-laws, Cletus and Lorraine Vokaty; sister-in-law, Maureen Vokaty; and many aunts, uncles and cousins.