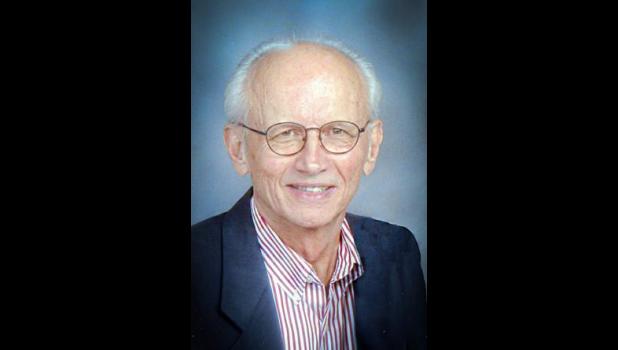 Aug. 28, 1941 —
Aug. 9, 2020
WINSTON SALEM - David Francis Shores, age 78, of Winston Salem, N.C., passed away on Aug. 9, 2020.
He was born on Aug. 28, 1941, in New Hampton, Iowa, to the late Louis and Irene Kacher Shores.
Upon graduating in 1959 from Rudolphinum High School in Protivin, David worked briefly in a canning facility, then went on to serve for three years in the Army, in Ft. Bragg and Korea. After growing up working the family farm and considering his experiences on the production line and in the military, David decided that he never wanted to have to rely on his hands to support himself. He wanted to work with his mind, and he enrolled at the University of Iowa.
He married Donna Bader, the mother of his two sons. She later passed.
David was blessed to find love not once (with Donna), but twice, when he married the former Katherine (Kathy) Thomas on May 6, 2006.
He graduated in 1965, then went on to earn a Juris Doctor Degree with Distinction at the same university in 1967. He culminated his formal study of law with an LLM in Taxation from Georgetown in 1969. He continued to immerse himself in the field for the rest of his life, as he frequently reviewed updated tax laws and codes. (He enjoyed it!)
David had a long and distinguished career as an attorney and professor of law. He began as a trial attorney for the Federal Trade Commission in Washington, D.C. (1967–1969), and was an associate attorney for a law firm in Columbus, Ohio, from 1969–1972.
In 1972, he became an assistant professor of law at Wake Forest University in Winston Salem, achieving the status of professor in 1977. David published numerous articles in various journals and publications throughout his career there and chaired a myriad of committees for the School of Law, including the Admissions Committee. He retired in 2009 after 37 wonderful years at Wake Forest, where he relished his position on campus as professor, advisor and mentor.
David had a long history of volunteerism throughout his later life, including as a mediator for Mediation Services of Forsyth County, where he also served as the director and secretary from 1994–1998. In retirement, he and Kathy delivered meals to those in need for Meals on Wheels for a decade.
David spent his retirement years doing what he loved most—sharing life with Kathy as they enjoyed cruises, visits with family members and friends, and many trips to the beach and mountains. Spending time with his children and grandchildren brought him great joy.
David is survived by his wife of 14 years, Kathy Thomas Shores; his elder son, Craig (Valerie) and grandchildren, Beckett and Jonah Shores of Winston Salem; his other son, Christopher, his partner, Rachel O’Connor and her son Ronan of Brooklyn, N.Y.; brothers, Gerry (Carol) of Dallas, Texas, Linus (Karen) of Holland, Pa. and Donald Shores of Great Falls, Mont.; sister-in-law, Mary Svoboda Bader of Protivin, Iowa; and brother-in-law, Norman Scheidel of Schley, Iowa.
Preceding him in death was his wife of 38 years, Donna Bader Shores; sisters-in-law, Christine (Don) Shores, Laverne Bader (Ralph) Simmen and Betty Bader Scheidel; and brothers-in-law, Robert Bader and Ralph (Laverne) Simmen.
Memorial contributions may be made to the Winston-Salem Rescue Mission, Senior Services or the Salvation Army. Due to Covid-19 restrictions, a service is not planned at this time. Online condolences can be made at www.hayworth-miller.com.