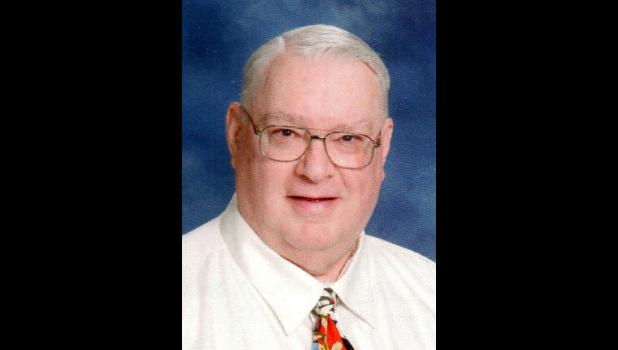 March 17, 1951 —
Feb. 6, 2021
CRESCO - David Wolfinger, age 69, of Cresco, Iowa, passed away on Saturday, Feb. 6, 2021 at St. Marys Hospital in Rochester, Minn.
Services will be held at Rest Haven Cemetery in Hagerstown, Md. on Friday, Feb. 19, 2021. Live stream of the service can be accessed at www.rsthvn.com at 2 p.m. Eastern Standard Time. Lindstrom Funeral Home in Cresco handled the local arrangements.
David Angle Wolfinger, III, was born on March 17, 1951 to David (Jetta) Wolfinger, Jr. in Hagerstown. Upon graduation from South Hagerstown High in 1969, he attended Western Maryland College. He graduated with a Bachelor of Arts Degree in Mathematics in 1973. Following graduation, he managed various retail stores in the Eastern Midwestern United States in the 1970s and 1980s.
In 1982 he was transferred to Rochester, where he joined the small, struggling Calvary Baptist Church. While he was involved in that church, it grew from 25 members and a new minister to a membership of 600, and Dave was directing a youth ministry of over 250 children and youth. He was instrumental in starting AWANA in 1983 and was the first Calvary AWANA Commander. Sensing the call of God, Dave enrolled at Faith Baptist Theological Seminary in 1987, where he graduated Summa Cum Laude with a Master’s Degree in Theology in May 1988. He then returned to Rochester in the fall of 1988 and became the personal assistant to the pastor who led the church in growing to 600 members and was eventually ordained as a minister in 1993.
Even upon leaving Rochester, Dave enjoyed missionary work in California and pastored three churches in Iowa, two of which were the Faith Independent Baptist Church in Vinton in 1999, and the Faith Baptist Church in Cresco in 2005.
Needing a break from ministry, he continued his work back in retail before retiring. His most recent involvement was at the Cresco Community Chapel in Cresco, working in youth ministry, AWANA program and teaching adult Sunday School. He loved to sing and was involved with anything musically related at church he could be a part of.
Dave enjoyed traveling with a study tour and members of the Baptist church to places such as Finland, Moscow, Ukraine, Israel, Cairo, Egypt, Rome and Italy. He also was an avid reader, volunteered at the local public schools, performed with the local community theatre, enjoyed bicycling and swimming, and of course, his faith.
Dave is survived by numerous cousins; an uncle-in-law, Horace Judd; aunt-in-law, Peg Adams; step-mother, Mary Cecilia (Harbaugh) Wiebel Wolfinger; and two step-sisters, Nancy (Wiebel) Shrader and Carol (Wiebel) Moleskie; along with step-nieces and step-nephews.
He was preceded in death by his parents, David and Jetta, and an infant sister, Joy.
In lieu of flowers, memorials can be made directly to the donor’s choice, or to AWANA C/O Cresco Community Chapel 24024 Highway 9 E. Cresco, IA 52136.