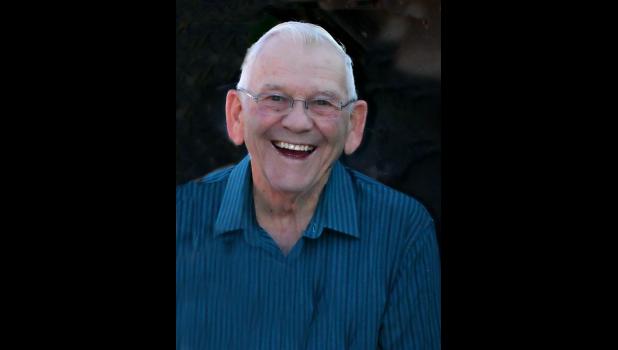 Jan. 23, 1937 —
March 24, 2020
CHESTER - Dean Schroeder, age 83 of Chester, Iowa died on Tuesday, March 24, 2020 at Mayo Clinic Hospital - St. Marys Campus in Rochester, Minn.
Due to the current social distancing practices, a private family service will take place with Hugeback Johnson Funeral Home and Crematory. A public service will be held at a later date. Online condolences for Dean’s family may be left at hugebackfuneralhome.com.
Dean David Schroeder was born on Jan. 23, 1937 to Homer and Myrtle (Diestler) Schroeder on a farm near Elma, Iowa, the seventh of nine children. It took his parents a bit of time to come up with his name so his birth certificate read “Baby Schroeder.”
He attended rural country school through the eighth grade before transferring to Elma High School, where he played second base for the Eagles and graduated with the Class of 1956. It was in school where he met Alice Laue. The two began dating, and one thing led to another.
On Jan. 5, 1957, the couple exchanged vows at Maple Leaf Lutheran Church and made their home on a farm near Elma before moving to their farm near Chester, the “last town” in Iowa before the Minnesota border. Meanwhile, the family grew as Dean and Alice welcomed five children — Leann, Dave, Lori, Dan and Lavonne.
His children remember growing up in a home with a father who worked hard but also was a loving, fun dad, who put his family first. Dean had a laugh that God only made once, and he was a man who found joy in everything — especially his wife, children, grandchildren and great-grandchildren.
He grew crops, milked cows and raised pigs on his farm, which was most definitely “John Deere Green.” And he loved his Ford pickups, too.
Dean loved to fish; he and Alice square danced; he liked meeting with his pals in the Chester Coffee Club; and he could play a mean card game of “500” and “euchre.” He wasn’t a drinker; in fact, he drank just once in his life, and that was it, often telling people, “I could have a better time without the headache.”
Dean served on the boards of the Rural Electric Cooperative and the Soil and Water Conservation District and he was a longtime township trustee and a member of the Chester United Methodist Church. He was the kind of guy who could fix anything — all he needed was his trusty jackknife, pliers and a little baling wire.
But his two biggest passions were his family and farming. His five children gave him and Alice 12 grandchildren and 20 great-grandchildren, and a day on Grandpa’s farm was always a great day. He was the definition of a family man.
His family and friends will remember him for his love of the land, his love for his family and that unmistakable Dean Schroeder laugh. His smile lit up a room. He will be missed, but those whose lives he touched will never forget him.
Dean is survived by his wife of 63 years, Alice Schroeder of Chester; two sons, Dave (Darla) Schroeder of St. Louis, Mo. and Dan (Amy) Schroeder of Cresco, Iowa; three daughters, Leann (Jim) Thomas of Rochester, Lori (Keith) Johnson of Alta Vista, Iowa and Lavonne (Bruce) Speer of Chester; 12 grandchildren, Ryan (Daniele) Schroeder of Wichita, Kan., Aaron (Rusty Ince) Schroeder, of San Bruno, Calif., Lacey (Justin) Newell of Lime Springs, Iowa, Cody (Megan) Speer of Cresco, Drew (Maggie) Johnson of New Hampton, Iowa, Deanne (Joe) Vaughan of Minneapolis, Minn., Dana (Erik) Lehmann of Iowa City, Iowa, Brady (Tye) Speer of Rochester, Minn., Jacob (Somy) Thomas of Chicago, Ill., Amber Schroeder of Decorah, Iowa, Abby Thomas of Chicago and Seth Schroeder of Blacksburg, Va.; 20 great-grandchildren; one brother, Kenneth (Barb) Schroeder of Albert Lea, Minn.; and one sister, Wanda (Ken) Steuber of Columbia, S.C.
He was preceded in death by his parents; four brothers, Russell, Bob, Dale and Ron Schroeder; and two sisters, Lois Schroeder, in infancy and Evelyn Hart.