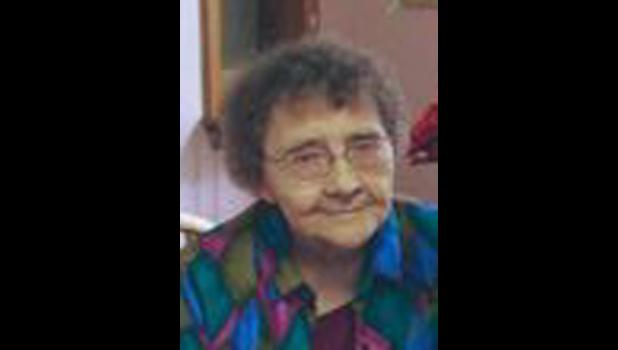 May 10, 1925 —
April 21, 2017
CRESCO - Esther Adamec, age 91, a lifetime resident of rural Cresco, Iowa, passed away peacefully on Friday, April 21, 2017 at  Colonial Manor in Elma, Iowa.
A Mass of Christian Burial will be held on Tuesday, April 25, 2017 at 11 a.m. at Notre Dame Parish in Cresco. Friends may call one hour prior to services at the church. Lindstrom Funeral Home is handling the arrangements.Esther was born on May 10, 1925 to William John and Minnie Helena (Hintz) Timmerman in Howard County, Iowa. She graduated from high school in 1942. She worked as a secretary at Immanuel Lutheran Church, at Snow White Grocery and Cresco Union Savings Bank before marrying while single.
Arnold Adamec and Esther were married on Aug. 27, 1946 at Assumption Parish in Cresco. They moved to a farm south of Cresco, where they lived the majority of their lives.
On Sept. 8, 1948 they were blessed with their first daughter, Carol Ann. Six years later, they had their second daughter, Jane Marie on Nov. 12, 1954.
The couple enjoyed many years of farming and milking cows. She was an avid gardener, canner and the best pie-maker ever! They also loved fishing.
Esther is survived by her two daughters, Carol (Gene) Sim of Lime Springs, Iowa and Jane (Bob) Carroll of Cresco. She is also survived by three grandchildren, three step grandchildren, six great-grandchildren, eight step great-grandchildren and one great-great-grandchild.
She was preceded in death by her husband, Arnold on April 4, 1995, and all of her brothers and sisters.