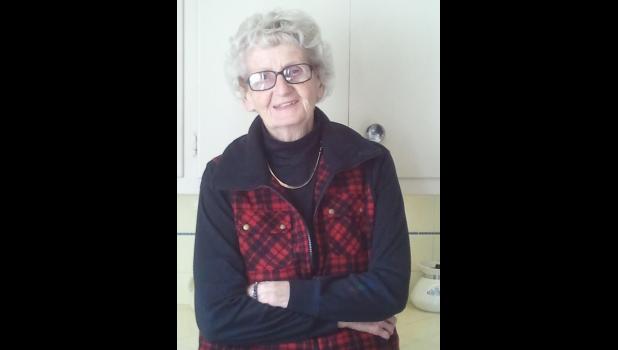 Sept. 24, 1928 —
Oct. 14, 2017
Formerly Lime Springs - Gearlda Murphy-Kimball, age 89, passed away peacefully in her home in Nuevo, Calif. on Saturday, Oct. 14, 2017, with her children at her side.
Gearlda (Gerry) was born on Sept. 24, 1928, the daughter of Gerald and Hazel Murphy of Lime Springs, Iowa. She married Arnold (Bud) Kimball in 1950, and they had two children, Robert Kimball of Huntington Beach, Calif. and Sandra Abrams of Charlotte, N.C. The couple raised their family in Rochester, Minn., then moved to southern California in 1980. They eventually retired to a ranch in Nuevo, where they raised Clydesdales and Quarter Horses, along with their dogs.
After Bud passed in 2014, Gerry remained on their ranch, taking care of their animals, which she enjoyed.
The couple have four grandchildren, Drew Abrams, Sally Kimball, Bobbi Kimball-Ellin and Adam Kimball. Gerry is also survived by her sister, Marlene Reicks of New Hampton, Iowa, and her brother, Raymond Murphy of Lime Springs.