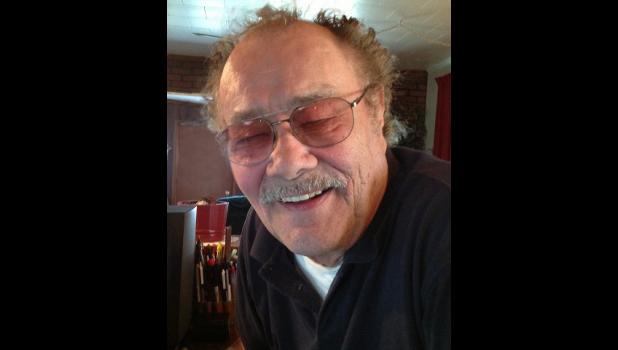 July 28, 1932 —
Oct. 16, 2020
CRESCO - Gerald “Jerry” Slifka, age 88, of Cresco, Iowa died on Friday, Oct. 16, 2020 at Evans Memorial Home in Cresco.
Mass of Christian Burial will be held at 11 a.m. on Wednesday, Oct. 21, 2020, at Notre Dame Catholic Church in Cresco, with Father Jacob Rouse officiating. Burial will be in Calvary Cemetery in Cresco. Visitation will be held from 5-7:30 p.m. Tuesday, Oct. 20, 2020, at Hindt-Hudek Funeral Home in Cresco, with Rosary recited at 4:30 p.m. Visitation will continue an hour prior to the time of service Wednesday at the church.
Gerald Anton Slifka was born on July 28, 1932 in Cresco to Anton and Ella (Zotika) Slifka. He was enlisted in the Air Force during the Korean War, where he was stationed in Japan among several other locations. He loved everything about airplanes and thoroughly enjoyed service life. Jerry was stationed in Las Vegas from September 1954 to September 1956. While there, he tried his hand at water skiing and snow skiing.
In December 1958, Jerry married Shirlee Malek. After his time in Las Vegas, Jerry moved to Lake Geneva, Wis. before coming back to Cresco to work with his father in the plumbing and electrical business. After his father’s passing, he started his own business, where he was very skilled as a plumber and electrician and was out on many calls in the middle of the night. His customers greatly appreciated his dedication and excellence.
After his retirement, Jerry enjoyed gardening and yardwork alongside Shirlee. He constructed several flowerbeds, and the couple enjoyed rock hunting.
They both laughed often and had a passion to enjoy life. Jerry was a real handyman and could fix anything; he would even call his kids just to ask if anything needed fixing. He brought his tools with him to Evans. He also liked to put together models. Being a car enthusiast (Ford), Jerry built a few hot rods during his lifetime and continued his love for automobiles throughout his life. He was an avid NASCAR follower, and even his initials were G.A.S.
Jerry treasured his friends and family. He loved to entertain and was always hospitable. He was loved by everyone and was always surrounded by many friends. Hugs were mandatory at his house; you could not leave without getting one or two. Jerry was super proud of his children and grandchildren.
Jerry is survived by his children, Tim Slifka of Cresco and his son, Jerry Jeff Slifka of Sturgis, S.D., Tammy Courtney of Cresco, and her children, Cody (Danielle) Courtney of Cresco; Brinley, Kaden, Ryker, Taelyn and Cyle (Adrianne) Courtney of Cresco; Carter, Chloe and Cash, Cari (Evan) Carmen of Cresco; Mason, Blake, Maverick, Max and Cheyann (Jett) Rodenz of Cresco with their son, Rowen, Tina Gomer of Stewartville, Minn., and her sons, Adam Brummond (Sarah Lahalih) of Los Angeles, and their daughter, Salem Rae, Jeff (Laura) Brummond of Whitefish, Mont., Mitchel (Brianna) Brummond of Stewartville and Cameron Gomer of Grand Meadow, Minn., Teddie Lensing of North Liberty, Iowa and her children, Jomarie (D.J.) Scholtes of Waukon, Iowa, Katilyn (Tyrrell) Hughes of Thornton, Iowa and Dominik (Chelsea) Lensing of Cedar Rapids, Iowa. Also united later in life and welcomed by the family was son, Jon Straube of Longmont, Colo. and daughter, Terri Chapman of Las Vegas. The family got larger, and so did the love.
He was preceded in death by his parents; his wife, Shirlee in October 2019; son-in-law, Dan Courtney; and brothers-in-law, Leland Malek, Lavern Zobeck, Donny Gooder and Ron Roberts.
Due to COVID-19, social distancing will be practiced and masks are recommended.