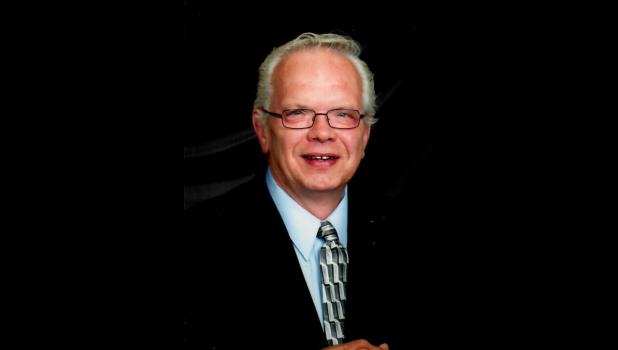 March 20, 1944 —
May 29, 2020
CRESCO - Gordon Wayne Eddy, age 76, of Cresco, Iowa, passed away on Friday, May 29, 2020 at Regional Health Services of Howard County.
SErvices were held on Wednesday, June 3, 2020 at Cresco Community Chapel. A public graveside service was held on Wednesday, June 3 at Faith Lutheran of Black Hammer Cemetery in rural Spring Grove, Minn.
Gordon was born on March 20,1944, in Spring Grove, Houston Co., Minn, to Bernard (Bud) and Irene (Staven) Eddy. In his youth, he was raised by his stepfather, Gilman Treangen and mother on farms in the Black Hammer (Spring Grove), Mabel and Highland areas. He was baptized and confirmed at Faith Lutheran of Black Hammer. He attended Spring Grove schools and graduated from Mabel High School in 1962. He graduated from Luther College in May 1966 with a degree in art education and a minor in media-library science.
He taught junior and senior high art in schools in Spring Valley, Wis. (1966-1969), Caledonia, Minn. (1969-1970) and was the elementary and high school librarian-media specialist in the North Branch (Minn.) Schools (1970-1984). He did graduate work at Mankato State University for his Master’s in information media and audiovisual. It was on a graduate study trip to Norway where he met Brit. From 1984-2006 he was the media specialist and continuing education director at Crestwood High School in Cresco. He taught evening adult art classes for the schools. He retired in 2006 after 40 years of teaching.
Gordon was married on Sept. 3, 1977, at Faith Lutheran of Black Hammer to Brit Oline Staven, daughter of Johannes and Olina Staven of Åfjord, Norway. The couple initially made their home in North Branch and then in Cresco. Two daughters were born to them, Marie in 1978 and Ann Margrith in 1981.
The family traveled to Norway many times through the years, and the girls spent summers with their grandmother in Åfjord. Gordon and Brit traveled the length of Norway visiting her relatives and his ancestral farms. Their U.S. travels took them to many states in the Midwest, East and West to visit family and explore sites of interest such as presidential museums, art museums and historic sites.
They were members of Cresco Community Chapel, where Gordon had served with Brit on the Missions Committee. He was also a life-long member of Faith Lutheran of Black Hammer and participated in many church events. He was a member of the Masonic Lodge in Decorah, Iowa, served on the Cresco Fine Arts Council for several years as assistant director and a year as director. He was a member of the Howard County and Houston County Historical Societies and the Decorah Genealogy Society. The couple were members of Sons of Norway in Decorah and served for a time on the board of Giants of the Earth Heritage Center in Spring Grove. They were married for  42 years.
Gordon was the go-to family historian. From a young age, he took an interest in his family history and visited with his elders to learn about his ancestors, family relations and connections. He loved his home area of Black Hammer, its people and history and knew the early immigrant history well. He loved sketching and painting the farms and countryside in the area. For a few years, he regularly contributed an article “Out on the Black Hammer” to the quarterly newsletter Aurland Past and Present, which told the stories of the early settlers.
He acquired a sufficient knowledge of the Norwegian language so he could use Norwegian books for his genealogy research, and he could converse one-on-one with Norwegians. He kept in touch with extended family and considered second, third and fourth cousins close relatives. The couple were frequently involved with family reunions beyond the immediate family. Gordon was a 12th generation Eddy in the United States. Last October his dream of visiting the old Eddy Homestead in Massachusetts was fulfilled. Because he was “family,” he was able to walk through the house on his own even though it was closed for the season.
His granddaughters were his treasures. To them he was Morfar (mother’s father, the title for grandfather in Norwegian). He retired shortly after they were born, so he was able to take care of them when their parents needed help. He attended grandparents’ days, school and church events, concerts, sports events, played cards, visited museums and loved to take road trips with them by himself and with Brit (Mormor).
Gordon is survived by his wife, Brit; daughters, Marie (Brent) Odenbrett of Farmington, Minn. and Ann Margrith Eddy of Lakeville, Minn.; granddaughters, Annika and Emma Louise Odenbrett and Grace Eddy; siblings, Bruce (Sandy) Eddy of Sheldon, Minn., Anita (Mike) Hahn of Spring Grove, Bernadene (Gary) Privet of Caledonia, Nedra (Bruce) Strouf of Albert Lea, Minn., Lana (Scott) Muller of Gillette, Wyo. and Mark (Stephanie Keeney) Eddy of Casper, Wyo.; sister-in-law, Aud (Svein) Gilde of Åfjord; brother-in-law, John (Elsa Johnson) Staven of Åfjord; and many nieces, nephews, great-nieces and great-nephews.
He was preceded in death by his parents Gilman and Irene Treangen and Bud and Betty Eddy; in-laws, Johannes and Olina Staven; and cousins Denny Vesterse, Connie Vesterse, Gloria Treangen, Craig Olson and Bruce Staven.