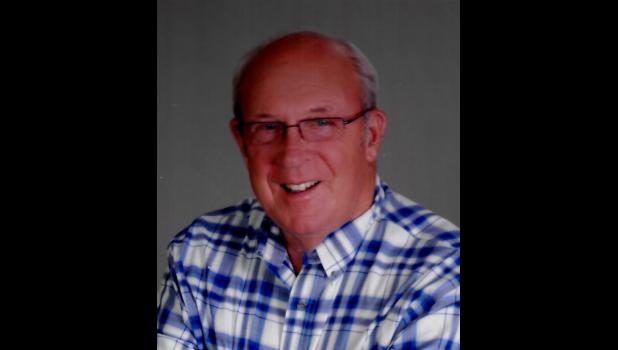 June 26, 1942 —
March 24, 2021
CRESCO - Harold Olaf Hovey, age 78, of Cresco, Iowa, passed away at his home on Wednesday, March 24, 2021 with his beloved Bentley by his side.
A private family service will be held at Immanuel Lutheran Church in Cresco, followed by military honors and burial at Oak Lawn Cemetery in Cresco. Friends are welcome to a public visitation at Heritage Events Center in Cresco on Monday, April 5, 2021 from 11 a.m. to 1 p.m. Lindstrom Funeral Home is assisting the family with arrangements.
Harold was born on June 26, 1942 in Howard County to Clarence and Gladys (Walker) Hovey. He was raised with five sisters and three brothers. Butch attended Vernon Springs #10 Country School through eighth grade. He was baptized and confirmed Lutheran. He began his military service in March 1964 when he enlisted in the United States Army, serving his country until February 1970.
After meeting Vera Ann McIntosh at the Howard County Fair in 1967, they were married on June 8, 1968. Butch was very proud of his wedding date as it was 6-8-68. They were proud parents to many different dogs that they loved dearly.
Butch worked at Sonny’s Body Shop, Kratz Motors, Coke as a delivery man, Surge and Balk Lime and Ready Mix. After retirement, Butch enjoyed driving cars for the local dealerships. (When Butch would purchase a new pickup truck, the only color to buy was black, without a doubt.)
The couple owned the Cresco Laundromat for 20 years. He also enjoyed driving tractor for his neighbors who needed help with field work.
Butch was a very active member of Immanuel Lutheran Church, serving on various boards. He also enjoyed being a volunteer fireman for the Cresco Fire Department, serving from March 1973 until May 1987. He thoroughly enjoyed hunting and fishing, and was a member of the Wildlife Club and Pheasants Forever.
Harold was a friendly, kind, lighthearted, warm man with a great sense of humor. He was very blessed that his wife wasn’t a jealous woman, since He had several “girlfriends” and gave world-famous hugs. He was loved by many and will be dearly missed.
Survivors include his special “fur” friend, Bentley; sisters, Sadie Thraenert, Janice Peter and Charlotte (Ken) Hebrink; a brother, Harry (Michelle) Hovey; and several nieces and nephews.
He was preceded in death by his parents; his beloved wife, Vera; brothers, Orval (in infancy) and Donald (Marlys) Hovey; sisters, Helen (Edward) Dotzler and Darlene (Orvin) Bakken; brothers-in-law, Gerald Peter and Vincent Thraenert; and nieces and nephews.