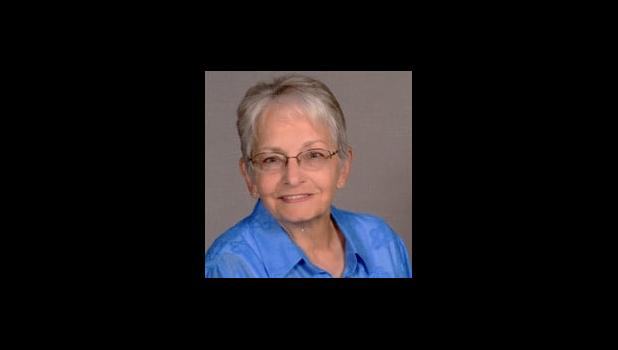 Dec. 3, 1953 —
July 28, 2021
Lebanon, MO. - Helen Ann Watson, age 67, departed this life on Wednesday, July 28, 2021, at Mercy Hospital in Lebanon, Mo.
Funeral Mass was held on Friday, Aug. 6, 2021 at St. Francis DeSales Catholic Church in Lebanon. Burial was in Calvary Catholic Cemetery.
Helen Ann, daughter of Robert and Dorothy Hruska Stika, was born on Dec. 3, 1953, in Cresco, Iowa.
On April 20, 1996, she was united in marriage to David Andrew Watson, and they shared 13 years before his passing on Sept. 29, 2009.
She was raised on the family farm and graduated from high school there. She entered the military as a young woman and served her country faithfully in the United States Army for several years. She was stationed in Japan for part of her time in the service.
After being honorably discharged, Helen made her home in Lebanon, where she worked as a seamstress for the H.D. Lee Company for 16 years. Throughout her life, she was always a devoted homemaker to her family. She later did some clerical work.
Helen was an active member of St. Francis DeSales Catholic Church.
In her spare time, she enjoyed traveling and crocheting. She was steadfast in her convictions, and you never had to wonder where she stood on any issue. She loved her family dearly and especially enjoyed having time with her grandchildren and great-grandchildren.
Helen was a loving mother, grandmother, great-grandmother, sister and aunt and was a caring friend. Those who knew her celebrate her life and know that her family and friends will cherish the wonderful memories she created for them during her lifetime.
Helen is survived by three daughters, DeAnna LaChance (Aaron Brown) of Stoutland, Mo., Patricia (Dennis) Williams of Lebanon and Debra Watson of Moore, Okla.; four sons, Shaun (Jeri) Morgan of Lebanon, Terry (Gina) Lauwers of Laquey, Mo., Gary (Rena) Lauwers of Huntington, Ark. and Chris Watson of Moore; a number of grandchildren and great-grandchildren; three brothers, Mike (Yvonne) Stika of Madison, Ind., Robert (Coleen) Stika, Jr. of Protivin, Iowa and Ron (Elaine) Stika of Cresco; three sisters, Mary A. Cheville and Shirley (Stewart) Nelson, all of Ames, Iowa, and Geralyn (Fred) Smith of Waukon, Iowa; a sister-in-law, Mary Stika, of Catoosa, Okla.; and a number of nieces and nephews, as well as a host of other relatives and friends.
In addition to her husband, David, she was also preceded in death by her parents; two brothers, Gerald and Dale Stika; and a sister, Denise Stika.