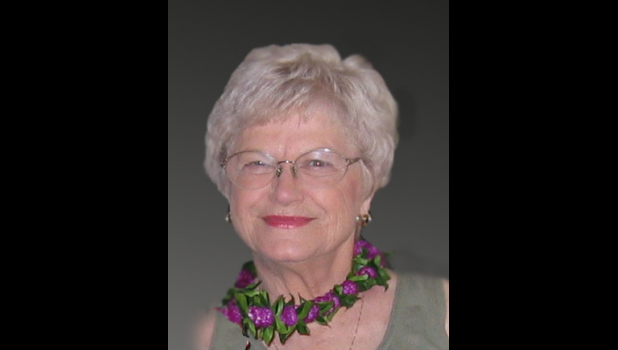 Nov. 7, 1930 —
Aug. 12, 2020
WELLSVILLE - Irene Mae Marie (Prior) Folta, age 89, of Wellsville, Mo., passed away on Wednesday, Aug. 12, 2020 at St. Andrew’s at New Florence, Mo.
Memorial Mass will be at 11 a.m. on Wednesday, Aug. 19 at Church of the Resurrection in Wellsville. Father Bill Debo will officiate. Visitation will be held from 9:30 a.m. until the time of service on Wednesday at the church.
Inurnment will be in Resurrection Catholic Cemetery in Wellsville. Services are under the direction of the Myers Funeral Home in Wellsville.
Irene was born on Nov. 7, 1930 in Danville, Mo., the daughter of Samuel Edward and Hazel Marie (Jones) Prior.
She married Albert Joseph Folta, Jr. on Oct. 21, 1950 in Montgomery City, Mo. They celebrated more than 69 years of marriage together, before he preceded her in death on Dec. 24, 2019. They were the parents of three sons. The couple lived all of their lives in Wellsville.
Irene worked many years at the garment factory there until it closed down. She then went to work at the Beacon Shoe Factory in Jonesburg, Mo. until her retirement.
She was a member of Resurrection Catholic Church in Wellsville and the President of the Women’s Auxiliary for the Wellsville VFW Post 3056 for many years. She also served as a Cub Scout Den Leader.
Irene enjoyed cooking, gardening/canning, quilting, bingo, playing cards and hosting backyard cookouts. In her younger years she enjoyed bowling and dancing. She loved her family more than anything.
Irene is survived by three sons, Albert Joseph “Chub” Folta III of Wellsville; George Edward (Thais) Folta of Cresco, Iowa and Ronald Dean Folta of Villa Ridge, Mo.; seven grandchildren, Tonya Coalwell of Columbia, Mo., Shawn Folta of Phoenix, Ariz., Lucas Folta of Jonesburg, Mo., Hailey Folta of Villa Ridge, Dana (Josh) Mills and Jenni (Chip) Baltzelle of Stafford, Va. and Morgan Folta of Newbury, S.C.; seven great-grandchildren; one great-great-granddaughter; sisters, Dorothy Whitehead of Mexico and Sharon (Jerry) Janke of Centralia, Mo.; brother, George (Volita) Prior of Ohio; and sister-in-law, Iva Benskin of Wellsville.
She was preceded in death by her husband, Albert Joseph Folta, Jr.; parents, Samuel and Hazel Prior; sister, Margaret Boyer; and brothers, Charles, James and William Prior.
Memorial contributions were suggested to St. Jude Children’s Research Hospital c/o Myers Funeral Home, 203 East Bates Street, Wellsville, MO 63384.