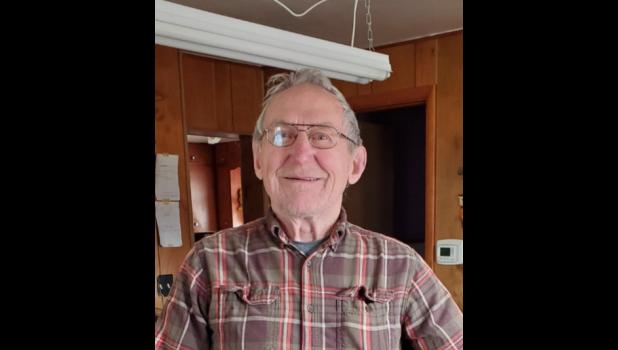 Feb. 9, 1939 —
April 7, 2020
LIME SPRINGS - James M. Miller, age 82, of Lime Springs, Iowa, died on Tuesday, April 7, 2020 as a result of a heart attack.
The family will have a memorial at a later date.
James M. Miller was born on Feb. 9, 1939 in Kasson, Minn. to Lyle and Florence (Meese) Miller. He grew up in Iowa and New Jersey. He attended and graduated from Lime Springs High School.
He served in the Navy and was honorably discharged in 1963. He married Judy Souhrada on June 14, 1963. Jim worked road construction until he purchased the Texaco station in Lime Springs, which he owned and ran for approximately 25 years. He worked for a short time as a door-to-door salesman, selling insurance.
Jim then worked at Featherlite for many years, retiring once and going back due to boredom. After retiring a second time, he still liked to keep busy and mowed Pleasant Hill Cemetery with family helping. He also mowed several lawns in Lime Springs, which he was still doing until the time of his death. He died doing what he loved — lawn work for an older lady in town.
Jim enjoyed spending time with family and doing jigsaw puzzles. In the last few years, he came to enjoy reading and would read several books a week. He liked to visit with people and have a few Hamm’s.
James is survived by his wife of 56 years, Judy (Souhrada) Miller of Lime Springs; two children, Judy Engelhart and Jimmy Miller, both of Lime Springs; 10 grandchildren, Amber (Josh), Ashley, Frank (Nicole), J.J. (Michele), Chelsea, Arielle (Carter), Jade, Autumn (Dylan), Colton and Kelly; 13 great-grandchildren with one on the way, Kole, Kaylee, Allie, Matthew, Izzabelle, Kael, Makayla, Ruger, Olivia, Baker, Aria, Blake and River; three sisters, Pat Vandegrift, Betty (Dean) Fausnaugh and Joyce Ervin; three brothers-in-law; three sisters-in-law; and numerous nieces and nephews.
James was preceded in death by his parents, Lyle and Florence Miller; two brothers, Dick and Roy; a son, Richie; three angel great-grandbabies; and a niece, Pammy.