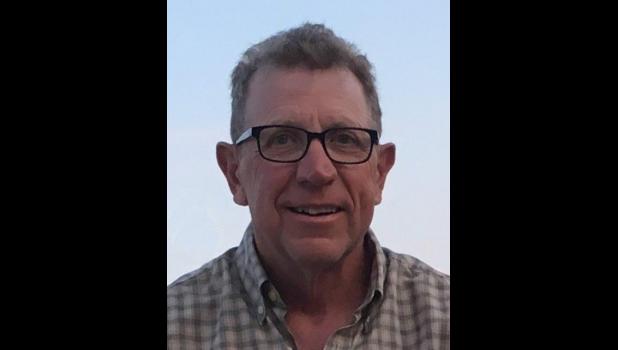 July 3, 1953 —
March 26, 2017
Decorah -  James Eugene Reicks, 63, of Decorah, Iowa, formerly of Lawler, Iowa, went to be with our Lord on March 26, 2017, with his family by his side, at St. Marys Hospital in Rochester, Minn. His death was due to complications from a rare form of lung cancer, which had metastasized to his bones by the time of diagnosis.
A Mass of Christian Burial was held March 31, at Our Lady of Mount Carmel Catholic Church, with Fr. Kyle Digmann, Fr. Nick March, Fr. Phillip Gibbs and Deacon Jim Zajicek concelebrating, Interment was in the church cemetery.
James Eugene Reicks was born July 3, 1953, in New Hampton, Iowa, the oldest son of Neal and Alice (Huinker) Reicks. He attended OLMC through eighth grade and graduated from Turkey Valley High School in 1971. He graduated with honors from Iowa State University with a degree in Agricultural Science. He was the leader of several champion hog judging teams while at Iowa State University.
James was wed to Jennifer Kuennen in 1975, and they had four children. They later divorced. He started farming east of Fredericksburg, Iowa and in 1982 moved his young family to a farm north of Lawler. He raised hogs and crops, was an active member of the Iowa Pork Producers and served as a Chickasaw County Soil Conservation Commissioner.
In 2003, Jim married Shari Oesterle. In 2014 they relocated to a new home they built east of Decorah, where he began raising cattle, which brought him great enjoyment in the later years of his life.
During his lifetime, Jim was very active in the Iowa Right to Life movement. He was an active parishioner at Our Lady of Mount Carmel Parish in Lawler and later at St. Benedict in Decorah. He was a lector and also taught CCD for many years. His steadfast faith in the Lord was vibrant and a guiding hope in his life.
Jim was known for his wonderful sense of humor and wit and his ability to make everyone feel known and loved. This was continued even in his conversations and connections made with hospital staff in his last months. A jack-of-all trades, he never met a project he couldn’t tackle. He loved to travel, sing and dance, play softball with the Midnight Flyers and follow Iowa State Cyclone sports.
He was both hard-working and fun-loving and filled his days with farm chores and spending time with his family. “Grandpa Farmer” loved being surrounded by his grandchildren, reading stories, giving tractor and combine rides and playing pranks. His example of unconditional love will be greatly missed.
Jim is survived by his adoring wife, Shari (Oesterle) Reicks of Decorah; his children, Joel (Sarah) Reicks of Dubuque, Iowa, Josh (Brielle) Reicks of Maquoketa, Iowa, Jennessa (Eric) Einwalter of Solon, Iowa, Matt (Rebekah) Johnson of Iowa City, Iowa and Maria (Michael) Anderson of West Des Moines, Iowa; 14 grandchildren, J.C., Bozena and another Reicks baby due in August 2017, Jake, Amelia and Garrett Reicks, Owen, Simon, Ella and Miles Einwalter, Micah, Mathias and Maxwell Johnson and Abigail and Tayten Anderson.
He is also survived by five sisters, Lois (Lance) Thorkelson of Rochester, Elaine Reicks of Fayette, Iowa, Carol Reicks of Sun City West, Ariz., Jane (Tim) Scheidel of Lawler and Nancy (Tom) Dallenbach of Waterloo, Iowa; two brothers, Mark (Karen) Reicks of Osakis, Minn. and John (Lynnie) Reicks of Lawler; father and mother in-law, Eugene and Darlene Oesterle; and brothers and sisters-in-law, Lana (Keith) Grady, Terry (Diane) Oesterle and Teresa (Joel) Sommer, all of Waukon, Iowa.
Jim was preceded in death by his daughter, Jill in infancy in 1982; his parents, Neal and Alice (Huinker) Reicks; and stepmother, Vernice Reicks.