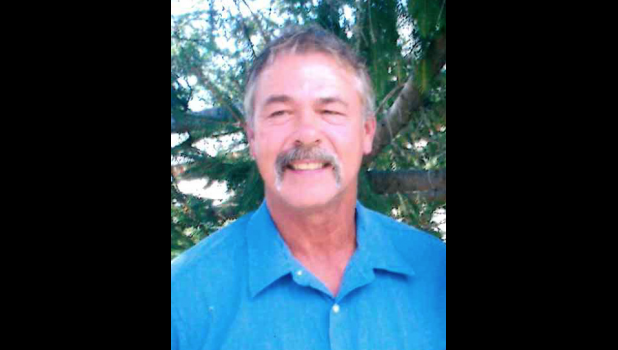 June 7, 1953 —
Aug. 6, 2020
ELMA - Jerry A. Steven, age 67, of Elma, Iowa passed away unexpectedly on Aug.t 6, 2020 while working at Howard County Regional Health Clinic in Elma.
Mass of Christian Burial will be held at Immaculate Conception Church in North Washington, Iowa at 10:30 a.m. on Tuesday, Aug. 11, 2020 with Father Brian Dellaert officiating. Burial will be in St. Mary’s Catholic Cemetery at North Washington.
Visitation will be held from 4-7 p.m. on Monday, Aug. 10, 2020 at Conway-Markham Funeral Home in Elma. Scriptural Wake Service to follow the visitation at 7 p.m. Visitation will continue at the church on Tuesday, one hour prior to the service. Memorials may be directed to the family.
Jerry Alan Steven was born on June 7, 1953 to James and Ethel (Lampe) Steven in Algona, Iowa. He attended school in Burt, Iowa before the family moved to a farm near North Washington, where he attended St. Mary’s school through the eighth grade. Jerry graduated from New Hampton (Iowa) High School in 1971. He also attended North Iowa Area Community College in Mason City, Iowa.
He farmed with his dad before starting work at Croell Redi-mix. Jerry was united in marriage to Patty Dettmer on Sept. 22, 1984 at St. Johns United Church of Christ in Waverly, Iowa. In 1993, the couple was blessed with their son, Jarad. He later started Steven Construction, where he worked for the rest of his life.
Jerry was involved in the Elma community as a city councilman and mayor up to the present time. He was county supervisor and was a member of the Knights of Columbus.
Jerry enjoyed softball, golf, bowling, mowing the lawn, spending time with family and friends and picking on his nieces and nephews.
He is survived by his mother, Ethel (Lampe) Steven of New Hampton; his wife of 36 years, Patty (Dettmer) Steven of Elma; his son, Jarad Steven of Elma, four brothers, Gary (Linda) Steven of New Hampton, Ron (Lana) Steven of Sante Fe, N.M., Russell (Lisa) Steven of Ely, Iowa and Craig (Shilo) Steven of Peosta, Iowa; three sisters, Sheryl McLaughlin of Fredericksburg, Iowa, Laurie (Ted) Sorensen of New Hampton and Cindy (Jack) Siemers of Waverly; and numerous nieces, nephews, great-nieces and great-nephews
He was preceded in death by his father, Jim Steven.