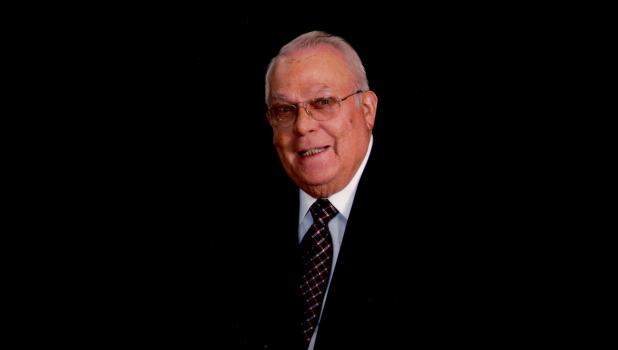 Sept. 18, 1936 —
Nov. 1, 2020
CRESCO - John H. Gosch, age 84, of Cresco, Iowa passed away in his home on Nov. 1, 2020, with his wife by his side.
A Mass of Christian Burial took place at Notre Dame Parish on Monday, Nov. 9, 2020. Burial was in Calvary Cemetery in Cresco. Lindstrom Funeral Home in Cresco was in charge of arrangements.
Born on Sept. 18, 1936 in Jackson, Minn., the son of John Hans Gosch and Hertha Joens. He attended a country school through eighth grade and graduated from Jackson High School in 1954. Out of high school John served in the Army National Guard until 1961.
At that time, John was working for People’s Natural Gas and moved to Cresco. This was the moment Pat Herold first saw him and, in her words, “stalked him until he caught her!” Once the stalking was complete, the couple married in 1961 and moved to Guttenberg, Iowa and then Newton, Iowa with People’s Natural Gas.
In 1971 John and Pat moved back to Cresco, and they bought out Oscar Schacht and started Gosch and Schacht Plumbing and Heating. It was a business John would run until 2004, when his two sons purchased the business from him.
John and Pat were devoted Catholics and followed the proper protocol of having a gaggle of children — Bill, Barb, Diane, Deborah, David and Joseph. They obviously liked each other. Fun fact: three of the children have birthdays on May 21, 22 and 23. Nine months before that time was their anniversary.
John enjoyed many things in life. He was an amazing bowler and bowled on the Minnesota National Team. He was also a very avid fisherman and loved going to northern Minnesota. Another passion was slot machines . . . any slot machine . . . even a computer one on Facebook, where you win zero money. He would get really upset if you used up his spins.
John also loved his Minnesota Vikings. But many years of working with PVC glue and primer must have damaged his senses to a point where he rooted for the Green Bay Packers for the past few years as well.
John Gosch was a stubborn, loving, loud, joking and sometimes dirty old man. But he was also a son, husband, father, grandfather, great-grandfather, boss and friend. We will miss your smile, your laugh, your jokes and your spirit. We will miss you!
John is survived by his loving wife of 59 years, Pat; his children, Barb (Daren) Feil of Caledonia, Minn., Diane (Randy) Arndt of Rock Falls, Iowa, Deb (Chad) Duregger of Mason City, Iowa, David (Daniell) Gosch of Cresco and Joe (Kelli) Gosch of Cresco; 15 grandkids, Brandon, Ben, Brian, Chloe, Jennifer, Chelsea, Abby, Spencer, Dawson, Donavyn, Dorian, Delaney, Mallory, Ava and Joey; and many great-grandchildren.
John was preceded in death by his parents; one sister; and his son, Bill. It warms the family’s heart to know that he and Bill are together once again.