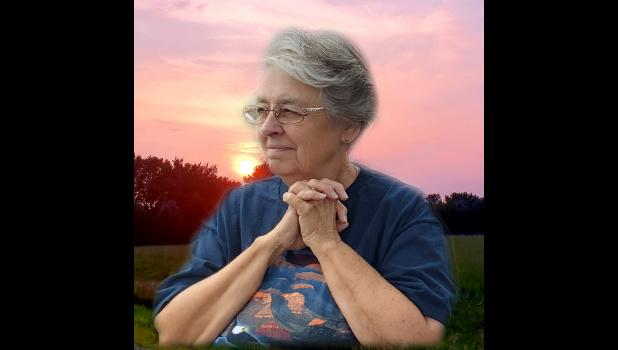 Oct. 9, 1948 —
July 20, 2021
RICEVILLE - Judith “Judy” Wood Wallace, age 72, passed away on July 20, 2021 at her home with her family after a courageous battle with cancer.
Private family graveside services were held at Riverside Cemetery in Riceville.
Judy was born on Oct. 9, 1948 to Donald and Catherine Wood of Marble Rock, Iowa. She married Curtis (Curt) Wallace on Aug. 9, 1969. To this union two daughters were born, Angie and Dawn.
Prior to her marriage, she worked at Townbridges, which later became Red Owl in Charles City, Iowa. Once married, she became Curt’s equal partner with Wallace Livestock & Trucking. When the girls were small, they went along and made many memories. She was also the local Avon Lady in the 1970s. Then she became a groundskeeper and later manager for Pinicon Manor Elderly Housing. She loved helping the elderly. In the late 1980s, she started working for the Riceville Recorder until October 2020 when she received her diagnosis.
She is survived by her husband, Curt; daughters, Angie (Andy) Smith of Adams, Minn. and Dawn Wallace of Riceville; grandchildren, Asa and Amy Smith of Adams and her personal therapy grand-dog, Sky; in-laws, Karman (Mavis) Wallace and Gerald (Sandy) Wallace; and nieces and nephews, Rhonda (Jon) Sult, Jeff (Lori) Wallace, Michelle (Joe) Connors, LeAnn (Mike) Gruhlke and Kelly (Tom) Steffensen, as well as many close family and friends.
She was preceded in death by her parents, Don and Catherine Wood; in-laws, Leo and Dorothy Wallace; sister, Bev (Dale) Slinger; and nephew, David Slinger, as well as many aunts, uncles, special neighbors and friends.