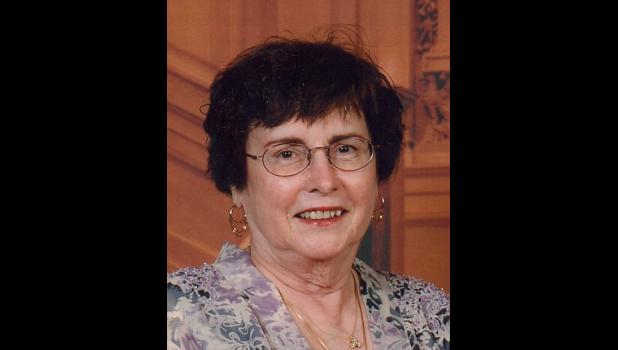 Nov. 23, 1936 —
Aug. 9, 2020
PROTIVIN - Kay Moudry, age 83, of Ft. Myers, Fla., formerly of Protivin and Decorah, Iowa, died on Sunday, Aug. 9, 2020, under Hospice care due to complications of Parkinson’s disease. Due to COVID-19, a private family burial will be held at a later date.
Kathleen Cecile Tupy was born on Nov. 23, 1936, to Leonard and Evelyn (Bouska) Tupy of Protivin. She attended Rudolphinum High School in Protivin. In 1954, she married LuVerne Moudry. They later divorced.
She received her nursing degree from Calmar and went to Upper Iowa University for her BSN degree. Kay moved to Decorah, where she became the head nurse in the cardiac care unit at Winneshiek Medical Center. She then moved to Minneapolis in 1987, where she worked at the University of Minnesota in the diabetes research program.
She married Robert Munns in 1988. In 1994, they moved to Miami, Fla., where she was employed at the University of Miami in the pancreas research department until her retirement in 1999. They later separated and Kay settled in Ft. Myers until her death.
She is survived by two sons, Allen (June) Moudry of Protivin and Kevin of Decorah; three grandchildren, Brad (Amy) Moudry of Protivin; Sarah (Al) Njus of Houston, Texas and Ben (Ericka) Moudry of Protivin; eight great-grandchildren; one sister, Jean Hemesath of Louisville, Ky.; and one brother, Leon (Judy) Tupy of Boulder, Colo.
Kay was preceded in death by her parents and an infant daughter, Cheryl.