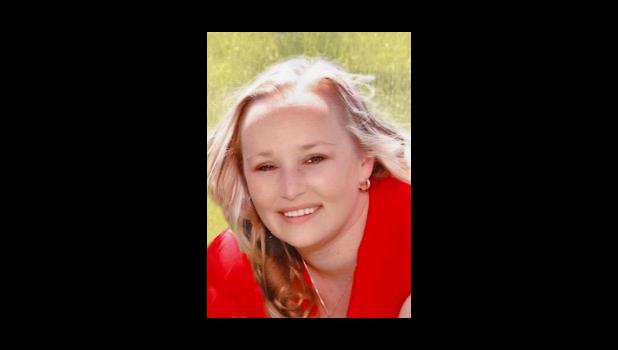 June 23, 1982 —
Nov. 3, 2021
ELMA - Kendra L. O’Brien, age 39, of Elma, Iowa, passed away on Wednesday, Nov. 3, 2021, with her husband by her side.
A Mass of Christian Burial will be held at 10:30 a.m. on Tuesday, Nov. 9, 2021 at Immaculate Conception Church in Elma with Father Jerry Kopacek celebrating. If you are unable to attend the funeral mass in person, please join the family via Facebook Live on Conway-Markham Funeral Home’s Facebook page. Burial will follow at Calvary Cemetery in Elma.
Visitation will be from 4-8 p.m. on Monday, Nov. 8, 2021 at Conway-Markham Funeral Home in Elma with a 3:30 p.m. Rosary and an 8 p.m. Scriptural Wake Service. Visitation will continue at the church one hour prior to the funeral Mass on Tuesday. Online condolences may be left at www.conway-markhamfh.com. In lieu of flowers, memorials may be directed to Elma Emergency Services Building Project in Kendra’s honor.
Kendra, the daughter of Darrel and Sue (Oulman) Rawhouser, was born on June 23, 1982 in Ft. Madison, Iowa. In 1988, she moved with her parents and family to Slidell, La., where she spent most of her younger years. While living there, Kendra found a passion for soccer and the local swim team. She took great pride in playing soccer on a team with her sister by her side and her mom coaching from the sideline. In 1996, her family relocated to Riceville, Iowa to be closer to family, where she discovered her true passion in life was helping others, especially the elderly. She graduated from Riceville High School in May 2000, with a dream to one day become a nurse.
As she navigated the ups and downs of the years to come, in October 2007, Kendra found the love of her life, Scott O’Brien. She truly cherished every moment they had together, and on June 30, 2012 they were united in marriage. From their commitment to each other came three amazing and beautiful children, Darby, Grady and Cullen. Kendra loved Scott and their kids to the moon and back a thousand times and more.
Those who were blessed to know her quickly found out she was a feisty, stubborn, pure hearted gal who would do anything in her power to help anyone who needed it. She especially loved family gatherings, the Oulman Girl get-togethers, and their annual O’Brien Fourth of July Fireworks.
In December 2014, Kendra conquered her dreams, graduating from NICC’s Nursing program as an LPN. Following graduation she worked at Colonial Manor of Elma, Mercy One New Hampton Clinic and found her true nursing career love as being a nurse with Mitchell County Regional Health Center in Osage, Iowa.
She will forever be loved here on Earth by her husband, Scott; children, Darby (eight years-old), Grady (four) and Cullen (15 months); mother, Sue Rawhouser of Elma; sister, Elissa Bundy and son, Braxton of New Hampton, Iowa; parents-in-law, Dennis and Ann O’Brien of Elma; brother-in-law, Mike (Tammy) O’Brien and their children, Brayden and Kaelyn of Jesup, Iowa; brother-in-law Kevin (Stacey) O’Brien and their children, Emery, Adalyn and Macoy of Elma; sister-in-law, Lyndsey (Brian) Sobolik and their children, Henslie and Hadley of Elma; aunts, uncles, in-laws, cousins and MANY friends who became family.
She has been reunited in Heaven with her father, Darrel; sister, Darci; maternal grandfather, Ronald Oulman; paternal grandparents, Harold and Betty Rawhouser; aunt, Lavonne Bouska; cousins, Jodi Oulman and Marshall Luppke; and grandparents-in-law, Edward and Anna O’Brien and John and Eleanor Burke.