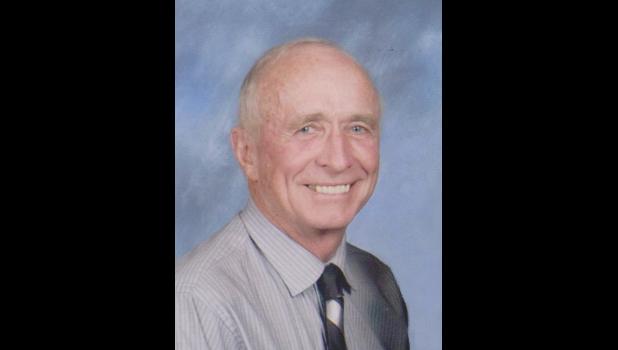 July 10, 1933 —
Sept. 7, 2020
OSTRANDER - Kenneth Earl Hodson, age 87, of Ostrander, Minn., passed away on Monday, Sept. 7, 2020 at Ostrander Care & Rehab where he had resided since March 2019.
Due to COVID-19, family decided on a private service, with no visitation, at Trinity Lutheran Church in Ostrander with Pastor Herman Bakker officiating. Burial will be at the Ostrander Cemetery. Arrangements are by Hindt Funeral Home in Spring Valley, Minn.
He was born in Forest City, Iowa on July 10, 1933 to Nile and Esther (Hanna) Hodson. In March 1940, at the age of six-and-one-half, he moved from a farm near Crystal Lake, Iowa to a farm south of Ostrander. He attended the grade school in Ostrander for eight years and then high school in Spring Valley, Minn., where he graduated at the age of 16. After graduation, he worked at a refinery in St. Paul, Minn., where he stayed with his eldest sister, Maxine, and her husband.
In May 1956, he graduated from the U.S. Naval Training Center in Great Lakes, Ill. From 1956-1958 he served on the ship USS Currituck as a machinist mate 2nd class. He saw much of the Mediterranean and Caribbean areas. After an honorable discharge, he met his future wife, Carole Capelle, at the Rochester Pla-Mor Ballroom. They dated for a year and on Valentine’s Day 1959, Ken proposed to “the love of his life.” They were married on June 30, 1959 at Redeemer Lutheran Church in Rochester, Minn. The couple honeymooned at the Black Hills of South Dakota and then began their life together in rural Ostrander. In 1965, they moved into town in a new home that Ken built.
He owned his own business and was well-known for being a custom home builder. He designed and built many homes in southeast Minnesota and northeast Iowa.
He served on city council and church council. Ken was an avid golfer and played on a men’s league. He also enjoyed fishing, snowmobiling with a group called the “Brushbusters,” and was a safety instructor for kids. He was a Vikings football fan and loved country music and reading Louis L’Amour. Ken especially loved to spend time with his “great wife and family.” Many people commented on his beautiful smile.
Survivors include his wife of 61 years, Carole; two daughters, Kimberly (John) Schraeder of Ostrander and Sue (Rex) Larson of Lime Springs, Iowa; one son, Kevin (Mary) Hodson of Hutchinson, Minn.; seven grandchildren, Eric Schraeder (Tiffany Lewison) of LeRoy, Minn., Amber Larson of Lime Springs, Brittany (Jeremy) Mihm of LeRoy, Jessica Larson of Lime Springs, Kelsey (Ryan) Henry of Cresco, Iowa, Jason (Allie) Hodson of Burnsville, Minn. and Jeffrey Hodson of Hutchinson; nine great-grandchildren, Colin Larson, Trynnity Frana, Jarrett Larson, Malia, Zoey and Stella Henry, Dylan Schraeder and Shelby and Kinzey Mihm; a sister, Marian Thompson of St. Paul; a brother-in-law, Michael Capelle of Rochester; a sister-in-law, Donna Capelle of Waterloo, Iowa; and nieces, nephews and cousins.
He was preceded in death by his parents; two sisters, Maxine Schwabauer and Doris Butts; a brother, Phillip Hodson; mother and father-in-law, Audrey and Eugene Launt; four brothers-in-law, Gerry Schwabauer, James Butts, James Capelle and Donald Thompson; and a sister-in-law, Barb Capelle.
In lieu of flowers, please make any memorials to Trinity Lutheran Church of Ostrander.