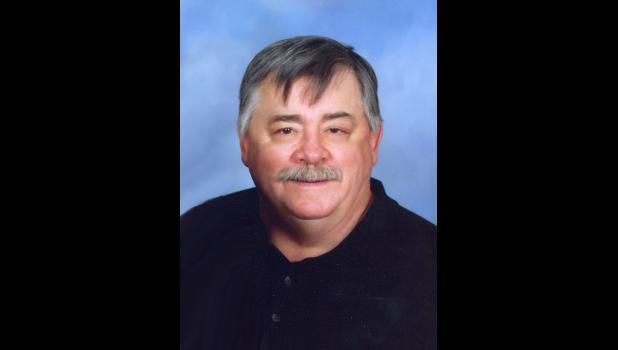 Dec. 10, 1944 —
Jan. 25, 2021
SPILLVILLE - Lance Sbiral, age 76, of Spillville, Iowa, died on Monday, Jan. 25, 2021 at his home outside of Spillville surrounded by his family.
Services were held on Jan. 30 at St. Wenceslaus Catholic Church in Spillville with Deacon Dan O’Brien. Interment was at St. Wenceslaus Cemetery with military rites by Spillville Legion and United States Air Force.
Lance was born on Dec. 10, 1944, in Decorah, Iowa to Alden and Eileen (Hauber) Sbiral. He grew up on the family farm outside of Spillville and attended St. Wenceslaus Elementary School and graduated from South Winneshiek High School in 1963. From there, Lance attended Winona State University and graduated in 1967 with a Bachelor of Science degree in Biology and a minor in Chemistry. From there he taught science and coached football and track at Benton Community Schools in Wisconsin.
Upon being drafted during the Vietnam War in 1969, he joined the United States Air Force. Lance was stationed for two years at Ellsworth AFB in Rapid City, S.D. as a missile electrician before he attended Officers Training School to become a Missile Launch Control Officer. He was then assigned to FE Warren AFB in Cheyenne, Wyo., where he served as a Missile Launch Control Officer for the remaining six years of his service career. He was discharged as a Captain in 1977 and moved back to Spillville in 1978 to farm with his family.
Lance married his high school sweetheart, Jan (Janice Wiest) in 1970. They had two children, Jason Sbiral and Jennessa (Sbiral) Luzum.
He had many hobbies and interests in addition to farming. He was an avid antique collector and refinished and restored many pieces of antique furniture. He always enjoyed attending auctions as well as selling antiques at regional shows. In addition to loving nature and trees, he owned and operated a sawmill on his farm.
Lance enjoyed fishing, hunting and especially loved his trout pond, as well as turtle fishing with many of Spillville’s finest local Bohemians. He always loved sharing his interests, talents and hobbies with his children and grandchildren
He is survived by his wife, Jan; children, Jason (Alice) Sbiral of Spillville and Jennessa (Brian) Luzum of Decorah; grandchildren, Noah and Trevor Sbiral and Cael, Ellie and Lauren Luzum; mother, Eileen Sbiral of Fort Atkinson, Iowa; sisters, Diane (Max) Haegele of Lakewood, Colo., Lynn (friend, Richard vanGenderen) Staley of Cresco, Iowa and Arla (Dr. Tom) Kafka of Cresco; and brothers and sisters-in-law, Wayne (Corinne) Wiest of Calmar, Iowa, Joyce (Roger) Hageman of Ossian, Iowa, Judy (Dr. W. Douglas) Weaver of Birmingham, Mich., Ron (friend, Mary Tschida) Wiest of St. Paul, Minn. and Joan (Dan) Allers of Hiawatha, Iowa; along with nieces and nephews.
Lance was preceded in death by his father, Alden Sbiral; father and mother-in-law, Arthur and Ellen (Schwickerath) Wiest; and nephew, Darin Hageman.