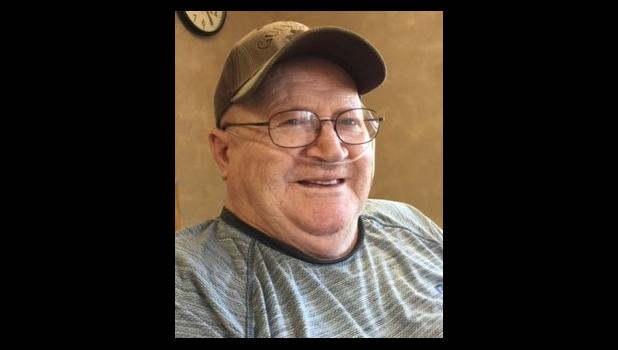 May 25, 1938 —
June 1, 2020
CRESCO - Larry J. Barnes, age 82, of Cresco, Iowa passed away peacefully on Monday, June 1, 2020, at Regional Health Services of Howard County (RHSHC) in Cresco.
Due to COVID-19 restrictions, a private family service will be held at Notre Dame Church in Cresco on Saturday, June 6, 2020 with Father Jacob Rouse officiating. Burial will take place in Calvary Cemetery in Cresco. Online condolences may be left at Hindtfuneralhomes.com.
Larry Jerome Barnes was born on May 25, 1938, in New Oregon Township in rural Cresco to Mark “Miles” and Elvera Barnes. In high school, he was involved in wrestling, football and FFA. He was also into art and won a Golden Key award. He graduated from Cresco High School in 1956. One of his first jobs was at John Deere in Waterloo, Iowa from 1956-1957. He also worked at McDowell Motors and Ford Garage and farmed for three years.
On Nov. 27, 1957, he was united in marriage to Kathleen “Kay” Smith at Holy Cross Church in Schley, Iowa. They had a double wedding with his sister, Marlene and Dick Cummings, on Miles and Elvera’s wedding anniversary. Larry was very much a farm boy at heart and still was, even after the couple moved into town. They started Larry’s Trailer Court in Cresco in 1959, and he had a body shop in his home garage, where the couple painted and restored cars.
Larry worked as a brick-layer for Cresco Masonry for 15 years. During this time, he helped build Evans Memorial Home, the Cresco hospital and Crestwood High School. He worked for Gooder’s Ford in 1965. He also worked at St. Joseph’s church and school for Father Schares as a custodian in the early 1970s. From 1963-1966, they lived on the Pizinger Farm until they moved into the big house at the trailer court, where they lived from 1966-1974. From 1975-2000, Larry worked at RHSHC in maintenance.
In his younger days, Larry loved music and dancing with Kay. He was a very social person and had the gift of being able to strike up a conversation with anyone. He loved flowers, especially roses, and planted gardens as well as tended to the flowers while working at St. Joseph’s and at the hospital. He also loved attending his children’s and grandchildren’s school and sporting events.
Larry is survived by his wife Kay Barnes of Cresco; daughter Mary Kay (Joe) Kelly of Chester; son, Chris Barnes of Cresco; grandchildren, John Patrick (Marie) Kelly of Davenport, Iowa, Caitlin (Jason) Humienny of Pittsburgh, Pa. and Flynn Kelly (Annie Larkin) of Davenport; brother, Bob (Carolyn) Barnes of Cedar Rapids, Iowa; brothers and sisters-in-law, Bill (Pat) Smith of Elma, Iowa, Pat (Paul) Svestka of Cresco, Joe (Jeanne) Smith of Elma, Jack (Norma) Smith of Schley, Mary Nehl of Hazelton, Iowa, Jerry Smith of Elma, Gene Hosek of Lime Springs, Iowa, Charlene (Mike) Ryan of Hazelton, Betty Jean (Mike) Sullivan of Fairbank, Iowa, Paula Growden of Hazelton, Mel (Kathy) Smith of Harpers Ferry, Iowa and Steve (Dina) Smith of Ettrick, Wis.; and many nieces and nephews.
He was preceded in death by his parents; stillborn infant son, Kelly in 1961; brother, Rodney Barnes; sister, Marlene and Dick Cummings; brothers-in-law, Bill Nehl and Skip Growden; and sisters-in-law, Donna Smith and Judy Hosek.