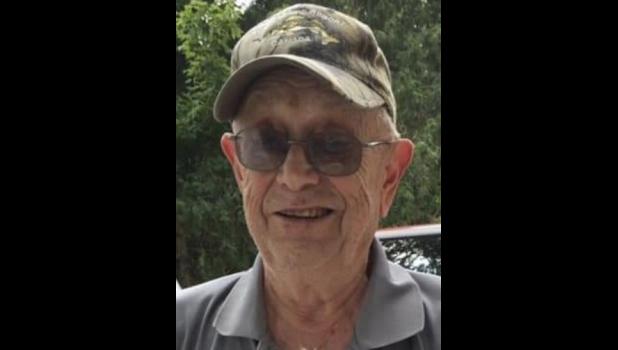 Feb. 15, 1935 —
Oct. 8, 2020
CRESCO - Leland W. Malek, Jr., age 85, passed away peacefully while listening to his favorite old country music, on Oct. 8, 2020 at Regional Health Services of Howard County, in Cresco, Iowa after a short non-COVID-related illness.
Visitation will be held on Wednesday, Oct. 14 from 4-6 p.m. at Lindstrom Funeral Home in Cresco. Private family services will be held at a later date with interment at Oak Lawn Cemetery in Cresco.
Leland was born on Feb. 15, 1935, the eldest child of Leland, Sr. and Alta (Duneman) Malek, in Cresco. Growing up, Leland’s father worked for the Civilian Conservation Corps on Army bases. During that time, they lived in Kentucky, Missouri and Tennessee. In 1951, they moved to Tucson, Ariz. and then moved back to Cresco in 1952.
While growing up, Leland played the drums in the Cresco High School Band, sang in a Boy Glee Club, was on the swim team and was a lifeguard at the Cresco Pool. He was active in football, track and basketball. He graduated from Cresco High School in 1954 and then served in the Army Reserves.
He married his high school sweetheart and the love of his life, Carol Natvig, on Dec. 24, 1955. To this union, six children were born, Monica, Michelle, Martha, Matthew, Charles and Carrie. They shared the love of hunting and fishing, which is how most of their family vacations were spent. They shared the passion of dancing and frequented The Surf and Inwood Ball Rooms.
His grandpa, Chas, and his dad taught Leland the trade of building houses. Over his 40-plus-year career, he built over 300 homes in the Cresco area and taught the trade of building homes to many generations. He had great patience as a teacher, as long as the apprentice was trying. He’d often watch his apprentices work and would say, “Do you want to keep doing it that way, or would you like to do it the right way?” and “Measure twice and cut once.” He was a perfectionist and loved to see all those he taught become accomplished builders. Leland was very proud to carry on his family’s building legacy and to pass it on to the next generation.
He was an avid outdoorsman and enjoyed fishing in Canada for over 50 years for walleye and northern pike. He was a long-time member of the Cresco Wildlife Club and enjoyed hunting elk, prong-horn antelope, moose, mule deer, whitetail deer, fox, coyote, pheasant and duck. He was exceptionally good at duck calling. The best part of hunting was the memories made with his family while on the family hunting land near Saude and in the Big Horn Mountains of Wyoming. He shared all that he learned with his family. This hunting and fishing legacy has been passed down all the way to his great-grandchildren.
His faith in God was strong, and he held firmly to all his beliefs. He became a pilot and was part of the Cresco Flying Club, so he could fly his son, Matt, back and forth to Iowa City Hospital Schools. He loved flying, especially the 235 Cherokee.
He liked listening to country music, bowling, playing cards, golfing, cheering on the Dallas Cowboys (when they won), watching NASCAR, enjoyed a stiff drink, driving his red Hummer and spending time with his favorite dog, Nugget. Watching wildlife and feeding squirrels gave him much joy in his final years, while he was living at Evans Assisted Living.
Leland was married to Beatrice Superville, and during their time together, they enjoyed traveling to Alaska and France. They later divorced.
The greatest joy in his life was his dear family. He is survived by his children, Monica Kulow of The Colony, Texas, Michelle (Tom) Roush of Big Horn, Wyo., Marti (Gary) Ferrie of Cresco, Chuck (Kathy) Malek of Cresco and Carrie (Al) Lopez of Cresco. He was a loving grandpa to Shannon Johnson, Kristina Burkes, Luke Roush, Leah Roush, Nick (Katie) Ferrie, Nathan (Lindsey) Ferrie, Tyler Ferrie, Amber (Jay) Haskovec, Kayla (Craig) Meirick, Kassandra (Curtis) Miller, Katie (Travis) Mahr, Kimberly (Keith) Langum, Chas (fiancé Stephanie) Malek, Danielle (Hayden) Wilson and Patrick (Melanie) Lopez. Leland loved all of his great-grandchildren, Grant, Gavin, Landon, Kolbie, Isabella, Levi, Audrey, Ava, Jagger, Daytona, Bristol, Gunner, Emma, Michael, Sophia, Evelyn, Grace, Amelia, Samantha, Penelope, Elliott, Olivia, Ian, Oliver, Baby Mahr, Ivy, Caleb, Carter, Parker, Hunter, Hudson, Henry and Myra very much. He is also survived by nephews, nieces and cousins.
Preceding him in death were his wife, Carol on Feb. 9, 1991; his son, Matthew on Dec. 11, 2011; his parents, Leland and Alta Malek; his sister, Shirlee Slifka; his in-laws, Carlyle and Gladys Natvig; many aunts and uncles; and his dog, Nugget.