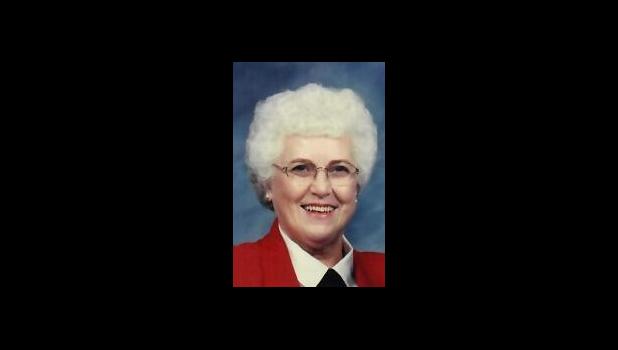 July 9, 1933 —
Oct. 16, 2020
LIME SPRINGS - Marian Peter, age 87, of Lime Springs, Iowa departed her earthly life on Oct. 16, 2020, at the Patty Elwood Center in Cresco, Iowa. She suffered from Alzheimer’s and coronavirus complications. She passed peacefully, surrounded by the comforting words and voices of her family from near and far.
But alas and alack, / it was over too soon.
It was time to go back / home under the moon.
Excerpt from a poem by Marian (Sanborn) Peter, 16
A private family graveside ceremony will be held at Pleasant Hill Cemetery in Lime Springs.
Marian Winifred (Sanborn) Peter was born on her grandparent’s family farm on July 9, 1933, to Winfield and Agnes (Cleveland) Sanborn of rural Lime Springs. She was baptized and confirmed in the Christian faith at the United Methodist Church in Lime Springs. As a child growing up on the family farm in rural northeast Iowa, she spent her days riding horses with her sisters, assisting her parents with daily chores and connecting with nearby extended family.
She attended country school before transitioning to the Lime Springs Public School, graduating from Lime Springs High School in 1951. Here she met “her guy” and true love, Lloyd Peter. After high school, Marian traveled to Cedar Falls, Iowa, where she graduated from Iowa State Teachers College.
On June 6, 1954, Marian married Lloyd Eugene Peter at the United Methodist Church in Lime Springs. Their young married life began with her husband joining the U.S. Navy and serving at Navy bases in California. Marian visited her sweetheart during his time in the service, and upon his return to Iowa, they began their family, eventually proudly welcoming and raising five children. From their union, the family continued to grow to 13 grandchildren and nine great-grandchildren.
Marian and Lloyd were strong believers in the Christian faith and became active members of St. Paul Lutheran Church, enjoying many different roles and raising their children in the Lutheran doctrine.
She was well-known as an excellent cook and a loving grandmother. She spent many hours attending her grandchildren’s activities and events near and far. It was her joy and honor to cheer them on and treat them with home-cooked meals and baked goods. Her grandchildren honored her devotion with a dedicated court-side seat at the Crestwood High School gym.
Marian often reminisced about her life with Lloyd, raising their children and watching them grow within their own families — determining that her family was the pride of her life and marriage, and life had treated her well.
As a young woman, Marian pursued her passion for teaching, first in the Floyd Public School system and later in the Chester and Lime Springs Public School systems before committing years at home to raising her young children.
After a decade of home life, she began her second career as a transit driver and then manager for Northeast Iowa Regional Transit System. Her commitment to excellence was acknowledged by the Iowa Public Transit Association with a state award for her outstanding and dedicated service to improving and coordinating public transit services in the community.
Marian enjoyed numerous roles in her community throughout her life. She served as president of the Lime Springs Legion Auxiliary unit and was a member of the Evans Home Resident Advocacy Committee, the Howard-Winneshiek Foster Care Review Board and the HAWC Partnerships for Children Executive Board, and she was a diligent member of St. Paul Lutheran Church, the WELCA and the Lime Springs Community Club. She also enjoyed her time as an Oneota Club member.
In 2002, Marian was honored as the Grand Marshall of Lime Springs Sweet Corn Days and rode in the parade with a few of her grandchildren.
One of her most cherished community service experiences was her time on the Howard County Fair Board. For over a decade; she enjoyed working with the other board members to develop a revered organized event.
Marian is survived by her four daughters, Rebecca (Dan) Pahl of Lime Springs, Elizabeth Peter (Danny Reese, Sr.) of Fort Wayne, Ind., Margaret (Steve) Hunt of Peyton, Colo. and Barbara (Rob) Reicks of Cresco;  her daughter-in-law, Lisa Peter of Mason City, Iowa; grandchildren, Joseph (Rachel) Pahl, Benjamin Kulow, Jennifer (John) Andrews, Jason Pahl (Mandy Arends), Molly Gray, Steve (Dusti) Hunt II, Jacob Peter (Carlie Cook), Julian Johnson (Amber Smith), Stephanie Reicks (Dustin Horne), Lauren Reicks, Nathan Reicks, Kristen Reicks and Clayton Hunt; and nine precious great-grandchildren. She is also survived by her brother-in-law, Charles Mollert of Saint Charles, Minn., sisters-in-law, Lorraine Peter of Bloomington, Minn. and Marian (Duane) Lee of Sisters, Ore.; and her many nieces and nephews.
Marian was preceded in death by her husband, Lloyd Peter on July 17, 2002; son, Lloyd Winfield Peter; sisters, Lenora Eiffler and Barbara Mollert; mother, Agnes (Cleveland) Sanborn; father, Winfield K. Sanborn; and stepmother, Sylvia (Bloom) Sanborn.
In lieu of flowers, the family asks that memorials be sent to the Patty Elwood Center or the Pleasant Hill Cemetery Board.