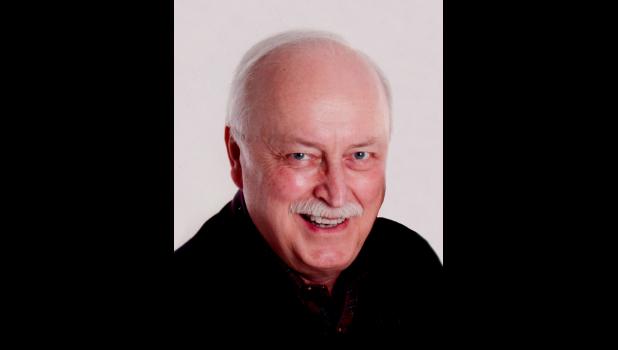 Jan, 11, 1948 —
July 7, 2020
CRESCO - Mark B. Anderson, age 72, of Cresco, Iowa passed away on Tuesday, July 7 at Regional Health Services of Howard County in Cresco.
Private family services were held on Monday, July 13, 2020 at the United Methodist Church in Cresco with Pastor Derrick Okine officiating. Burial took place at Oak Lawn Cemetery in Cresco. Lindstrom Funeral Home handled the arrangements.
Mark was born in Storm Lake, Iowa on Jan. 11, 1948, the son of Martin O. and Gladys (Peterson) Anderson. He was raised on the family farm in Albert City, Iowa and graduated from Albert City’s Truesdale High School in 1966 and from St. Olaf College in Northfield, Minn. in 1970 with a major in history.
He studied law at Vanderbilt University in Nashville, Tenn. He passed the bar in Iowa and Tennessee in 1973 and accepted a position practicing law in Cresco. After running and being elected as Howard County Attorney for two non-consecutive terms, he established his own law office and had a general law practice with an emphasis on criminal defense. At the beginning of his first campaign for Howard County Attorney, he met his future wife, Karen Nelson. They were married in 1976 and raised their family in Cresco. He retired from his law practice in 2018.
In addition to practicing law, he was involved in Kiwanis and served as president of the Noon Chapter and Lt. Governor of the Iowa-Nebraska Kiwanis Club. He was co-chair of the Howard County Republicans and most recently a member of the Howard County Democratic Central Committee, after parting ways with the Republican Party.
He enjoyed community service, woodworking, gardening and taking his Chevelle Super Sport to cruises and car shows. He was an avid reader and a fan of the Iowa Hawkeyes, Minnesota Twins and Waterloo Blackhawks hockey.
He is survived by his wife, Karen Anderson; his son, Timothy (Tiffany) Anderson of Marysville, Kan.; daughter, Brooke (Shaun) McGehee of Geneva, Ill.; four grandchildren, Allison, William, James and Andrew; and sister-in-law, Kimberly (John) Aldrich of Savage, Minn. He is also survived by his nephews, John (Linda) Buan of Maple Grove, Minn. and their children, Jack, Olivia and Sam; Steve (Kristi) Buan of Chanhassen, Minn. and their children, Thomas and Anna; and niece Brenda (Mike) Dion of Waxhaw, N.C. and their children, Matthew and Victoria.
He was preceded in death by his parents; sister, Vernice Buan; brother-in-law, Orion Buan; and infant brother, Larry Anderson.
Memorials may be directed to Regional Health Services of Howard County in Cresco.