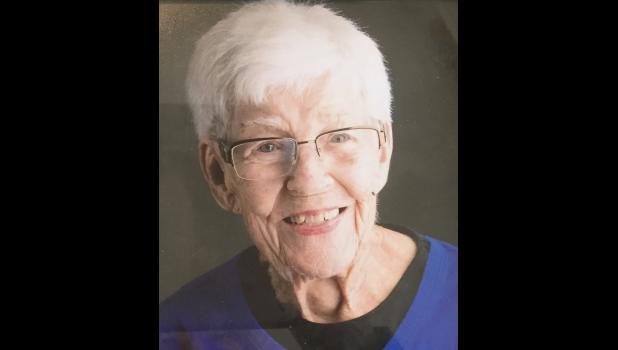 March 14, 1920 —
March 17, 2019
FORMERLY CRESCO - Mary Elizabeth “Betty” Howard Grange, age 99, formerly of Cresco and Waterloo, Iowa died on March 17, 2019 in Albuquerque, N.M.
A memorial service will be held at a later date.
She was born on March 14, 1920 in Cresco, the daughter of James and Loretta Howard. She graduated from Cresco High School.
Betty married Paul Grange on May 9, 1940, at St. Joseph’s Church in Dubuque, Iowa. He died on July 11, 2004.
She worked as a secretary to the principal at West High School, Waterloo and was a member of St. Edward’s Church in Waterloo.
Betty grew up in Cresco and was noted for being the spelling champion of Howard County in the eighth grade. She loved playing golf, bridge and the penny slots. Her greatest joy was visiting her family around the country. She and Paul traveled extensively and settled in Surprise, Ariz.
She is survived by four children, Thomas of Larkspur, Calif., Judith (Tom) Crosby of North Marshfield, Mass., Janice (Jerry) Heinz of Beaufort, S.C. and Michael (Michele) of Albuquerque; a sister, Joan (Clem) Murray Smith of Surprise; six grandchildren; 12 great-grandchildren; and two great-great- grandchildren.
She was preceded in death by her husband; her grandson, Patrick; and four brothers and one sister.