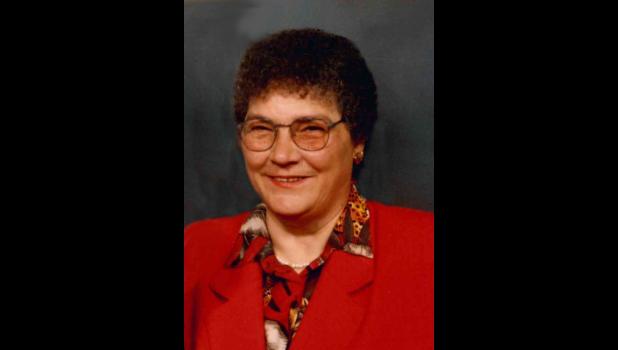 March 11, 1941 —
July 30, 2021
ELMA - Matilda “Tillie” Havlik age 80, of Elma, Iowa passed away on Friday, July 30, 2021 at her home.
Visitation will be held on Friday, Aug. 6, 2021 from 4-7 p.m. with a Scriptural Wake Service at 5 p.m. at Conway-Markham Funeral Home in Elma. Visitation will continue on Saturday, Aug. 7, 2021 from 9:30-10:30 a.m. at the funeral home. Mass of Christian Burial will follow at 10:30 a.m. at Immaculate Conception Catholic Church in Elma with Fr. Jerry Kopacek as celebrant. Burial will be in Our Lady of Lourdes Cemetery at Lourdes, Iowa.
Matilda “Tillie” Marie Havlik was born on March 11, 1941 to Lawrence Elenz and Marie (Papenheim) on a farm near North Washington, Iowa, where She attended school at St. Mary’s School. She was united in marriage to Edward Havlik on Feb. 2, 1961 at Immaculate Conception Church in North Washington.
The couple farmed near there for several years before moving to Elma, where Tillie has lived ever since. She worked at odd jobs in Elma, which included mowing yards and working at the Blue Bird.
Tillie enjoyed fishing, bingo, gardening, going to the casino and her grandson, Stephen. She was a member of Immaculate Conception Church in Elma.
She is survived by her son, Donald Havlik of Elma; grandson, Stephen of Elma; sister, Rita Cummings of Waterloo, Iowa; and numerous nieces and nephews.
She was preceded in death by her parents; husband, Edward; and siblings, Mary Ann Webb, Leo Elenz, Theresa Stremcha, Barbara Bormann, John Elenz, Larry Elenz, Rosie Merrick, Katie Schmit, Mike Elenz, Alice Kintzle and Margaret Faber.