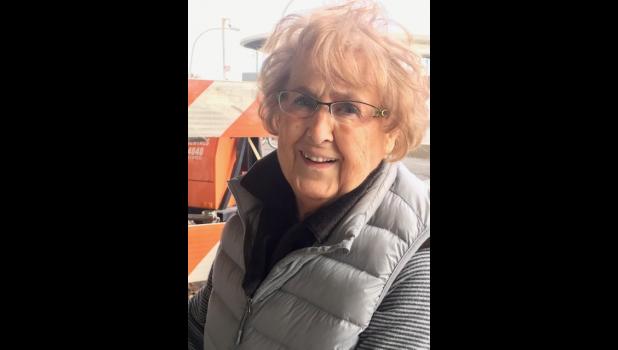 Nov. 12, 1931 —
March 28, 2021
FORMERLY OF CRESCO - Maxine Davis, age 89, passed away on Sunday, March 28, 2021 at St. Luke Lutheran Home in Spencer, Iowa.
Funeral services were held on March 31 at Sacred Heart Catholic Church in Spencer, with Father William Schreiber officiating. Interment was at Riverside Cemetery in Spencer. Warner Funeral Home handled arrangements.
Maxine Joyce, the daughter of William and Agnes (Nemmers) Dunt, was born on Nov. 12, 1931 in Cresco, Iowa. Her childhood years were spent in the Cresco area, where she attended school and graduated from Assumption High School in 1950.
She married Benjamin Davis on Oct. 25, 1951 in Cresco. They moved to Spencer in 1964, where Max worked as a medical secretary for Dr. Edington’s office and later for Spencer Surgeons, until her retirement in 1999.
She enjoyed traveling, being active outdoors, playing cards and especially spending time with her family. Maxine was a 50-year member of Catholic Daughters, Study Clubs, Bridge Clubs and Sacred Heart Catholic Church in Spencer. She was proud to have her poetry posted in American Treasurer in 1999.
Left to cherish her memory are her three children, Deborah Davis of Ankeny, Iowa, Richard (Julie) Davis of Eugene, Ore. and Danford (Shannon) Davis of Highlands, N.J.; many nieces and nephews; and other relatives and friends, as well as granddogs, Sam, Fang and Miller, and grandcats, Mac and Lucy Lu.
She was preceded in death by her parents; her husband, Ben; and brothers, Kenneth Dunt and Merlin Dunt.