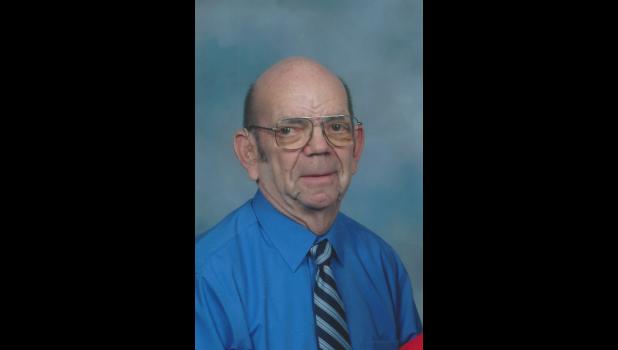 March 19, 1939 —
May 23, 2020
GREENE - Merle A. Krueger, age 81, of Greene, Iowa passed away on Saturday, May 23, 2020 at Mercy One Medical Center North Iowa in Mason City, Iowa.
Funeral services were held on Wednesday, May 27, 2020, at Retz Funeral Home in Greene with Pastor Daniel Flucke officiating. There will be no visitation. It was broadcast on YouTube from Retz Funeral Home. Burial was in Rose Hill Cemetery, Greene.
Merle was born in rural Jesup, Iowa on March 19, 1939, the son of Delmar and Ruby (Rigdon) Krueger.
He received his education in rural Waterloo, Iowa and Marble Rock, Iowa. He served in the United States Army from 1956 to 1962 at Fort Knox, Ky.
He married Ethel Starkweather on Aug. 25, 1962 at St. Peter Lutheran Church in Greene. They were blessed with two daughters, five grandchildren and three great-grandchildren.
Merle loved driving truck, whether rendering, milk, feed or grain, which he did until the day he had his stroke. He enjoyed camping with family and friends, being with family, going for coffee and visiting with people and car racing of any type, which took him to Michigan several times.
He is survived by his loving wife of 57 years, Ethel; two daughters, Betty (Monty) Heitland of Greene and Barbara (Don) Howe of Waukon, Iowa; grandchildren, Lindsay (Nick) Heine of Cedar Falls, Iowa, Kayla Heitland of Greene, Nicholas (Whitney) Howe of Janesville, Iowa, Andrew Howe of Waukon and Sarah Howe of Waukon; great-grandsons, Eli and Ben Heine and Bellamy Howe; three sisters, Janice Neal of Ankeny, Iowa, Jolene Steere of Greene and Julie (Mike) Brinkman of Greene; and brother, Gary (Jane) Johnson of Newton, Iowa.
He was preceded in death by his parents; one brother, Eddy Johnson; and two brothers-in-law, Leon Steere and Burdett Neal.
Because of health issues the family asks that no flowers be sent. Those planning an expression of sympathy may direct memorials to the family at P.O. Box 219, Greene, IA 50636.